The Person Who Sent Hawaii's False Missile Alert Has Been Reassigned

The worker responsible for the mistaken missile alert sent to residents of Hawaii has been reassigned.

Richard Rapoza, spokesman for the Hawaii Emergency Management System, confirmed that the employee was temporarily moved to a new role, NBC News reports. However, he declined to say what the worker’s new tasks are.

“All we will say is that the individual has been temporarily reassigned within our Emergency Operations Center pending the outcome of our internal investigation, and it is currently in a role that does not provide access to the warning system,” Rapoza said.

People across Hawaii received an emergency alert on Saturday warning them to seek immediate shelter for a ballistic missile threat coming to the state. “This is not a drill,” the alert said, causing immediate terror.

Authorities said 38 minutes after the warning was sent that it was false and sent out in an error. The mistake occurred after 8 a.m. Saturday when the employee initiated an internal test of the emergency missile warning system — a drill performed regularly by the agency after it reinstated its Cold War-era nuclear warning system in response to North Korea’s ramped up ballistic missile tests. The Washington Post reports that the worker sent out a false warning after choosing “Missile alert” from the dropdown menu that initiated the internal test. He should have chosen the “Test missile alert” option instead.

Most Popular on TIME
1
What Actually Happened on the Original Bastille Day
2
Ridley Scott Says He Originally Wanted Alien to End With a Much Darker Twist
3
Coronavirus Map: See How COVID-19 Has Spread 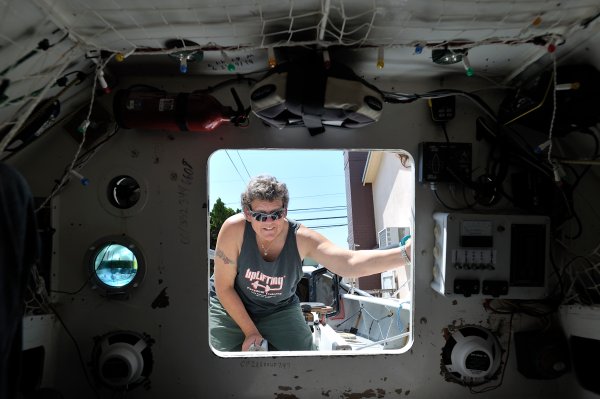