Cape Town Is 90 Days Away From Running Out of Water

After three years of unprecedented drought, the South African city of Cape Town has less than 90 days worth of water in its reservoirs, putting it on track to be the first major city in the world to run out of water. Unless residents drastically cut down on daily use, warns Cape Town Mayor Patricia De Lille, taps in the seaside metropolis of four million will soon run dry. On April 22, to be exact. Here’s what to know:

The date is just a scare tactic, surely?

Nope. Day Zero, as it is called, is real, and is calculated every week based on current reservoir capacity and daily consumption. On Jan. 8 Mayor De Lille revised the date down from April 29, based on a citywide uptick in daily usage. The city won’t literally run dry; in most cases, reservoirs can’t be drained to the last drop, as silt and debris make the last 10% of a dam’s water unusable. City authorities have decided that once the dams reach 13.5% capacity, municipal water supply will be turned off for all but essential services, like hospitals.

What happens when the taps are turned off?

Cape Town enters Mad Max territory (well, almost). Residents will have to go to one of some 200 municipal water points throughout the city where they can collect a maximum of 25 liters (6.6 gallons) a day. Armed guards will be standing by to keep the peace and prevent anyone from taking more than their share. Of course, the truly wealthy will be protected. The local version of Craigslist is already full of listings for companies wiling to truck in tankers full of water from less drought-prone parts of the country, for a price.

What steps are residents taking?

The city has capped household water usage at 87 liters (23 gallons) per person, per day. For most homes, that means keeping showers under 2 minutes, no watering the garden or washing the car, refraining from flushing the toilet unless absolutely necessary, recycling bathing water where possible and severely limiting dishwasher and washing machine use. Water storage tanks are already on backorder, unwashed hair is now a symbol of upright citizenship, and public restrooms are festooned with admonishments to “let it mellow.”

Are the self-imposed limits working?

Not really. According to city statistics, only 54% of residents are hitting their target, one of the reasons why Day Zero was moved forward a week earlier this year. But the city has few options for punishing individual water abusers and ensuring compliance, so everyone pays the price.

Didn’t anyone see this coming?

Yes and no. City planners have long pointed out that Cape Town’s water capacity hasn’t kept up with population growth, which has nearly doubled over the past 20 years. Still, a three-year drought on this scale is a “once a millennium” event, say climatologists, and even the best-planned water system would have taken a hit under current conditions. Now the city is playing catch up, hastily (and expensively) installing desalination plants and looking into groundwater extraction. But it’s unlikely any of those systems will be brought online before Day Zero, or even before the rainy season is due to start up again in May (if indeed it does). These systems are unlikely to go to waste, however. Climate change researchers predict more frequent dry years and fewer wet years to come. More likely, they say, Capetonians are just getting a preview of the new normal. 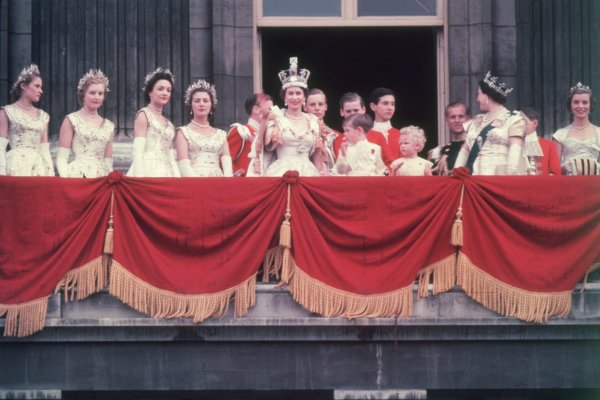 Queen Elizabeth Reveals Rare Secrets From Her Coronation Ceremony
Next Up: Editor's Pick