‘This Is Not a Drill.’ Hawaii Just Sent Out an Incoming Missile Alert. It Was a Mistake

Reports of an alert about a missile threat to Hawaii ricocheted across social media Saturday and caused anxiety in the state. But authorities said the alert was false and sent as an error.

“U.S. Pacific Command has detected no ballistic missile threat to Hawaii. Earlier message was sent in error. State of Hawaii will send out a correction message as soon possible,” U.S. Pacific Command said in a statement on Twitter. Although USPACOM had explained why the alert was sent, Hawaii Emergency Management Agency had already doused cold water on the alerts. “NO missile threat to Hawaii,” the agency tweeted Saturday afternoon Eastern Time.

Hawaii’s Governor David Ige, who said he was meeting with authorities to determine what caused the alert, said on remarks broadcast on CNN that an employee had pressed the wrong button. “This change in shift routine happens three times a day, seven days a week, 365 days out of the year. For the most part it occurs flawlessly. There was an error today and we will be investigating and changing procedure so that we can avoid this from ever happening again,” Ige said.

Ajit Paj, Chairman of the Federal Communications Commission, said his organization was launching an investigation into the incident.

According to screenshots, the alert read, “BALLISTIC MISSILE THREAT INBOUND TO HAWAII. SEEK IMMEDIATE SHELTER. THIS IS NOT A DRILL.”

Hawaii Congresswoman Tulsi Gabbard said on Twitter the alert was a false alarm, and she had confirmed with officials there was no missile. Hawaii Senator Brian Schatz followed suit, and said it was “a false alarm based on a human error.”

The White House initially referred comment to the Department of Defense, but the press office subsequently released a statement saying the President was briefed, and the event was “purely a state exercise.” President Donald Trump is spending the weekend at the Mar-a-Lago resort in Palm Beach, Florida. But the incident prompted a wave of criticism from Hawaii politicians, who said it was imperative that a false alert like this never happens again, particularly given the increasing tensions surrounding North Korea’s nuclear missile capabilities.

Senator Schatz called the event “totally inexcusable.” “There needs to be tough and quick accountability and a fixed process,” he said on Twitter.

“At a time of heightened tensions, we need to make sure all information released to the community is accurate. We need to get to the bottom of what happened and make sure it never happens again,” said Senator Hirono.

Some Hawaiians were sharing their experience of receiving the alert on social media.

“This was my phone when I woke up just now. I’m in Honolulu, Hawaii and my family is on the North Shore. They were hiding in the garage. My mom and sister were crying. It was a false alarm, but betting a lot of people are shaken,” Sara Donchey, who is identified on her Twitter biography as a reporter for a local television in Houston, Texas, wrote on Twitter, accompanied by screenshots of text with her family. 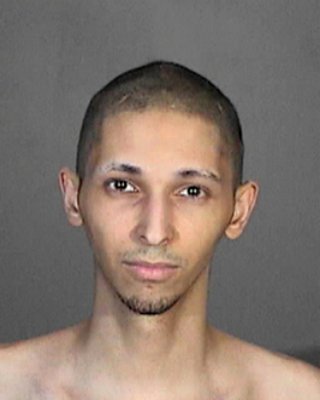