Over the past several years, CES — formerly the Consumer Electronics Show — has shifted its focus from “traditional” consumer tech towards self-driving cars and Internet-connected kitchen appliances.

Despite that, PC makes still showed up in droves to this year’s CES to flaunt their latest laptops, 2-in-1s, and more.

The XPS 13’s nearly edge-to-edge screen and elegant design already made it one of our favorite Windows laptops. But the newest version, which Dell unveiled just ahead of CES in early January, brings some notable enhancements.

The new XPS 13’s overall design is 30% thinner and lighter than its predecessor, making it feel more like an 11-inch laptop even though the screen is 13 inches in size. Dell also says it has twice the performance of the XPS 13 launched in 2015, as well as improved battery life that should enable the models with an FHD 1920 x 1080 screen to last for almost 20 hours. The UHD 4K version will offer up to 11 hours of battery life, Dell claims. Dell is adding a new rose gold color option with a white interior as well.

It’s impossible to discern whether or not Dell’s new XPS lives up to these promises without using the new notebook for an extended period of time. But during the little time that I had using the new XPS, I was pleased to find that the keyboard felt just as sturdy and comfortable as the previous models. The new white interior also adds a refreshing twist that makes the notebook feel aesthetically different from competing options. The webcam is still located at the bottom of the display, however, which could make finding the right angle when video chatting a challenge.

Dell also showcased a new convertible model of its XPS 15 at CES, marking the first time the company has launched a 2-in-1 version of its 15-inch XPS laptop. The XPS 15 notebook-tablet hybrid will run on Intel’s 8th generation processor with Radeon RX Vega M discrete graphics. That means it should have better performance than the 13-inch hybrid model, which runs on Intel’s Core Y line of processors designed for super-thin, fanless laptops.

The more powerful processor will also be especially helpful for ensuring that the XPS 15’s 4K display, which is also nearly borderless like the XPS 13’s, doesn’t drain the battery too quickly. All told, the XPS 15 looks like a promising option for those who want a laptop that’s light and flexible but don’t want to sacrifice much when it comes to power and graphics performance.

Lenovo's Miix 630, shown at CES 2018, runs on a Qualcomm processor.
Courtesy of Lenovo

Microsoft believes your laptop shouldn’t behave all that much differently than your smartphone — meaning, it should always be on and active so that you can wake it up instantly while it constantly refreshes your email and other notifications in the background. And most importantly, it should offer battery life that’s long enough to last for a day or more. Microsoft is working with Qualcomm on new laptop-tablet hybrids that use Snapdragon 835 chips to enable this type of experience. Lenovo’s Miix 630 is among the first results of these efforts.

The Miix 630 has a 12.3-inch WUXGA screen, making the display around the same size as the latest Surface Pro models, but with a lower resolution. Lenovo and Qualcomm are claiming the laptop will last for up to 20 hours on a single charge, and the Miix 360 comes with a keyboard and stylus at no extra cost. The Miix 630 includes 4G LTE support and will run on Windows 10 S, Microsoft’s newer version of Windows designed to only run apps from the Windows Store. Users will have the option to upgrade to Windows 10 Pro as well.

Translating some of the more beneficial aspects of smartphones (i.e. longer battery life and nearly nonexistent boot-up times) to laptops is certainly appealing. But users will have to decide whether potentially paying for more mobile data is worth that convenience.

Read more: This Wild New Laptop Uses Your Phone as a Touchpad and Second Screen

With HDR compatible displays, far-field 360-degree microphones for Amazon Alexa usage, and built-in webcam covers, Lenovo’s new ThinkPad X1 Carbon and Yoga laptops have plenty that differentiates them from the competition. Both new laptops run on Intel’s latest 8th generation processors and include fingerprint authentication and eye tracking software that can tell when you’re looking at the screen to optimize the experience.

The biggest difference between the Carbon and Yoga comes down to design: the Yoga is a laptop-tablet hybrid that comes with a stylus, while the Carbon is a traditional clamshell laptop.

Acer says its Swift 7, unveiled at CES 2018, is the thinnest laptop in the world.
Courtesy of Acer

Acer’s Swift 7 laptop stands out for one reason: It’s probably the thinnest laptop you can buy. At 8.98 millimeters thin, it’s not much thicker than the iPhone X or Samsung Galaxy S8. It’s also slimmer than HP’s 10.4-millimeter Spectre, which the company previously claimed was the world’s thinnest notebook. The new Swift 7 is impressively sleek and almost unbelievably light, and Acer claims it can offer 10 hours of battery life. 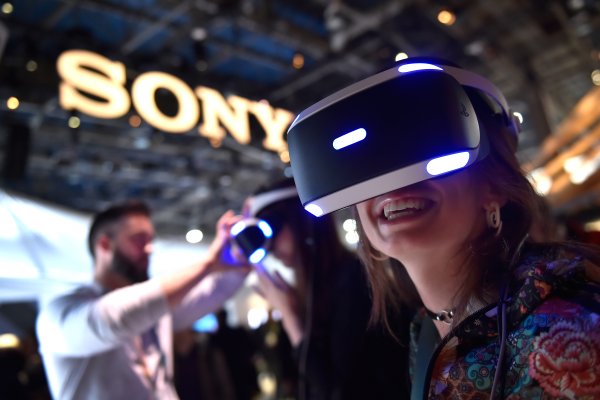