U.S. Ambassador to Panama Quits, Saying He Can't Do His Job Under President Trump

The U.S. ambassador to Panama has resigned from his post after deciding he cannot work under President Donald Trump any longer.

Feely’s decision to resign from his ambassadorship came before Trump was reported to have called Haiti, El Salvador and parts of Africa “shithole countries” during a meeting about immigration on Thursday, Reuters reports. Trump has denied using the term “shithole,” although the White House did not deny the Washington Post‘s report on the comment.

According to part of Feely’s resignation letter, obtained by Reuters, the senior diplomat left his position because he felt he couldn’t work for Trump anymore.

“I signed an oath to serve faithfully the president and his administration in an apolitical fashion, even when I might not agree with certain policies,” Feely said in the letter. “My instructors made clear that if I believed I could not do that, I would be honor bound to resign. That time has come.”

The State Department confirmed to Reuters that Feely will “retire for personal reasons, as of March 9 of this year.”

Trump’s stance toward Latin America and immigration in general has been a hardline approach. The administration announced earlier this week that some 200,000 Salvadorans living and working in the U.S. under Temporary Protected Status will have to leave the country by Sept. 9, 2019 or apply for another legal status.

Feely is regarded as an expert on Latin American affairs, Reuters reports, and has served in high-ranking positions in the State Department that deals with the region. 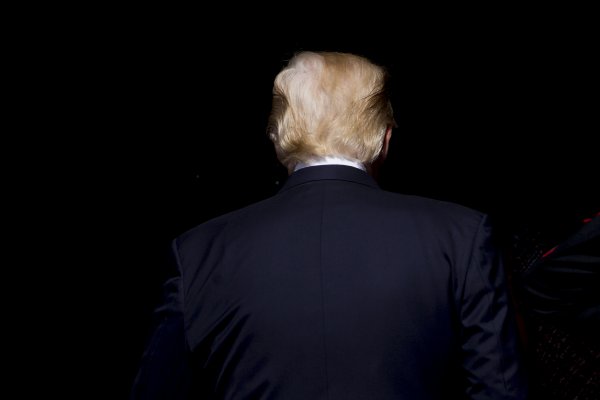 Democrats Must Not Only Denounce Trump’s Racist Agenda — They Must Defeat It
Next Up: Editor's Pick