Hugh Grant is one of our most iconic rom-com leads, often playing a dashing — but hapless — British suitor.

In perennial favorite Love Actually, he achieved perhaps the pinnacle of the form, even going so far as to very winningly dance through the halls of his residence at 10 Downing Street (also known as the prime minister’s home) to the tune of the Pointer Sisters’ “Jump (For My Love).” The spring in his step is all due to love, of course.

But it turns out that the actor wasn’t actually very keen to get his groove on.

“I never understood it technically. I kept saying to Richard [Curtis, the director of Love Actually] ‘Okay look, I got the radio on in my bedroom and I’m dancing, fine, but then I start to dance through the whole 10 Downing Street. Where’s the music coming from, and how does it cut off at the end?” he reminisced during a new episode of The Jess Cagle Interview with PEOPLE editor Jess Cagle.

Grant was so resistant, in fact, that he kept telling the film crew that he had a “bad ankle” in the days leading up to the shoot. When it came to actually hit record, he hadn’t rehearsed at all. “I just did it,” he said. Perhaps it’s a nod to his natural charisma that it turned out so well. And now it doesn’t seem like he’s so ashamed of his moves: “I’m proud of the fact I did it without any stimulants,” he added.

Thanks, Hugh, for gifting us with this important movie moment, against your better instincts. May we all look so good on the first take. 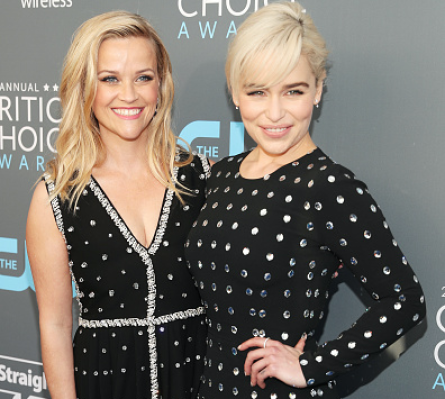 The Internet Is Losing It Over This Glorious Photo of Reese Witherspoon and Emilia Clarke Together
Next Up: Editor's Pick