President Trump, who has repeatedly called Kim Jong-Un “Rocket Man” and his government a “band of criminals” while threatening to destroy the country with “fire and fury,” said Thursday that he has a “very good relationship” with the Korean dictator.

In an interview with the Wall Street Journal, Trump said he may be open to diplomatic meetings with North Korea after months of trading insults and threats over its nuclear weapons program.

“I probably have a very good relationship with Kim Jong Un,” Mr. Trump said in the Thursday interview. “I have relationships with people. I think you people are surprised.”

Trump has made dramatic switches in the past with other opponents, though typically the stakes were political and did not involve international diplomacy.

During the Republican presidential primary, he lambasted fellow candidates Ben Carson and Rick Perry, who harshly criticized him in return. Both men are now in his Cabinet. He once described his relationship with Texas Sen. Ted Cruz — whose father he insinuated was part of the JFK assassination and whose wife he insulted as unattractive — as “Like. Dislike. Like.”

“You’ll see that a lot with me,” he said, referring to his tweets attacking Kim. “and then all of the sudden somebody’s my best friend. I could give you 20 examples. You could give me 30. I’m a very flexible person.” 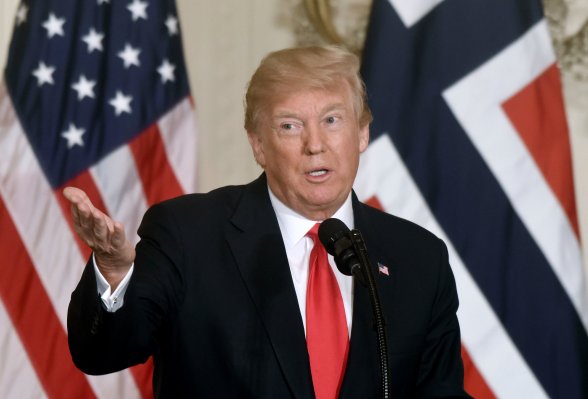 Trump Backtracks on Protecting Dreamers
Next Up: Editor's Pick