'Melania' Stopped By Colbert to Correct Some Fire and Fury Passages

“First Lady Melania Trump” (played by actor Laura Benanti) stopped by The Late Show on Wednesday night to correct a few passages from Michael Wolff’s bombshell book Fire and Fury. The fake First Lady—who appeared on the White House lawn clutching a spoon that she swore she did not use for “digging”—called it both a “fake book” and “pure fiction” adding that “every single word in it is lie.”

“So you didn’t cry on Election Night?” asked host Stephen Colbert asked regarding a passage where Donald Trump Jr., allegedly told a friend that Melania was “in tears—and not of joy.”

“No, that was true,” the faux Melania told Colbert. “But they were tears of happiness. You know, like you do at your wedding or every morning in the mirror.” Melania noted that she’s not always crying tears of happiness though and White House watchers should keep an eye out for her other look—the “dead-eyed stare of contentment.”

Colbert had one more of the book’s claims to ask Melania about, though. “Is it true, as the book claims, that everybody who knows Trump calls him an ‘idiot’?” Colbert asked.

“Not everybody,” Melania replied. “One of the grandchildren can’t even talk yet!” 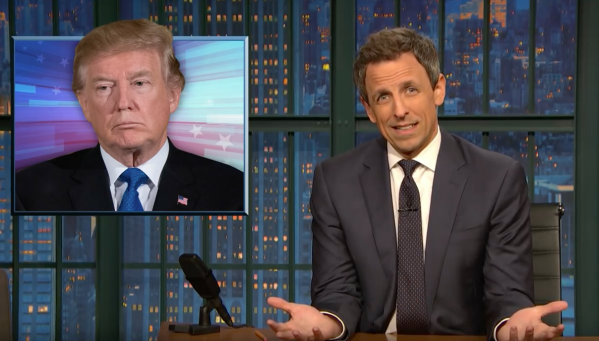