After releasing her 2017 album in the fall — along with two music videos for “Look What You Made Me Do” and “Ready For It,” performing at a slew of Jingle Ball shows and releasing tickets for her upcoming stadium tour, Taylor Swift could have sat back in early 2018, enjoying the success of her record-breaking album sales numbers. Instead she’s decided to bestow upon her fans another video, this one for “End Game,” which also features Ed Sheeran and the rapper Future. (It’s the only song off Reputation to include other artists, too.)

Swift first teased the video with a post on her new social media app, The Swift Life, telling fans to keep an eye out for the video’s trailer to premiere on Good Morning America on Thursday.

Following the four songs she advance-released, “End Game” is the most popular of her songs off of Reputation, leading the remainder of the album’s tracks in Spotify play counts. In true Swiftian style, it’s a pretty classic slow-burning, percussion-boosted love song with romance on the mind, with Sheeran and Future making gentlemanly cameos. Watch the new video to go along with it above. 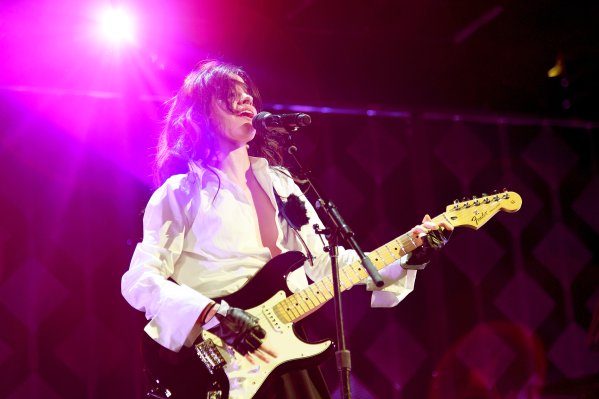 Camila Cabello Shines in Her Solo Act on Camila
Next Up: Editor's Pick