The Story Behind TIME's President Trump 'Year One' Cover

In the year and a half since the artist Edel Rodriguez made his “Meltdown” cover for TIME, his orange-and-yellow depiction of Donald Trump has become emblematic. In encore covers for TIME (and for German magazine Der Spiegel), he has repeatedly reinvented the graphic concept to respond to the news cycle. This week, as the anniversary of Trump’s inauguration approaches, and the White House responds to Michael Wolff’s explosive book Fire and Fury, Rodriguez came up with some flames of his own.

“I got a message from [TIME Creative Director] D.W. Pine that they wanted to do a cover referencing what’s been going on with the Michael Wolff book, Fire and Fury, and also the anniversary of the inauguration, looking back to the past year,” Rodriguez says. The flames on the cover reference Wolff’s book as well as the source of its title: Trump’s statement that North Korea would be “met with fire and fury like the world has never seen” if it continued to threaten the United States.

“We used to live where the United States was a pretty steady country, and now you wake up every day and try to figure out where’s the next fire, where do we have to go, what do we have to try to contain,” Rodriguez says. “It’s sort of this President that you’re always trying to contain, like a wildfire that’s moving from one place to the other at all times.”

Read more: The Unpresident: Why Donald Trump Will Never Change

Before making this week’s cover, Rodriguez mocked up his own idea for what Wolff’s book jacket should have looked like — the one the publisher ran with was “flatter than flat,” he says — and posted it on his Twitter account. “I thought it was going to be for my friends on Twitter, like an exercise, and it’s the most retweeted image I’ve ever done.”

Rodriguez has continued to use the same orange color for Trump’s face ever since the original “Meltdown” cover. “Part of what I was trying to do was establish this brand, that I can do anything to this image and you can see it anywhere and it just reminds you, ‘Oh wow, that guy’s making that again, I should pay attention,'” he says. “It’s sort of like an anti-branding campaign, where you’re branding something so that people recognize it and kind of critique it strongly.”

“Edel has been an important part of TIME’s visual language the past few years,” says Pine. “It’s amazing how his bold, yet simple graphic strokes perfectly capture a likeness, but also start a conversation.”

Though Rodriguez’s depictions of Trump have won him attention and acclaim (including an ASME award for cover of the year), he says, “I’m not inspired by [Trump] at all. The opposite — I feel that I’m in a position where I know how to make pictures that communicate well, and I don’t really see that many people visually taking him on. It’s a bit of a responsibility for me to do it.”

“For me, free speech is the reason I left my homeland,” added Rodriguez, a Cuban-American. “Anyone that leaves their homeland, it’s in their mind a lot, and they want to make it worthwhile. There’s a reason you left, and the reason I left was to make my work and to speak freely, and so I’ll keep on doing it.” 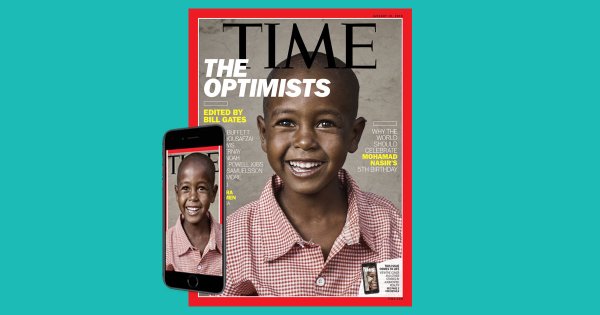