A Blue Moon Lunar Eclipse Is Coming Tonight for the First Time in 35 Years. Here's What You Need to Know

The moon will appear larger, brighter and reddish-orange for some skygazers early Wednesday, when a total lunar eclipse occurs during a blue moon and a so-called supermoon, in what scientists say is a rare occurrence.

Much of America could witness the celestial spectacle, which is a “collision of multiple lunar events,” according to Dr. Noah Petro, a planetary geologist at NASA’s Goddard Space Flight Center. Many have begun calling the combination a “super blue blood moon eclipse.”

Tuesday night and Wednesday morning there will be a total lunar eclipse, which happens when the Earth passes between the sun and moon, blocking sunlight from reaching the moon. The lunar eclipse will occur at the same time as a blue moon, a term given to the second full moon of a given calendar month. And it will be considered by some a “supermoon,” or a full moon that’s closer to Earth than usual and can appear slightly brighter and larger than normal.

“A lot of things are happening at once,” Petro said. “It’s a cool event.”

The last time this cosmic coincidence occurred was 35 years ago, according to Ernest Wright, a programmer in the Scientific Visualization Studio at NASA’s Goddard Space Flight Center. While some reports say such a sky show hasn’t happened for more than 150 years, Wright and Fred Espenak, a famed eclipse expert and retired NASA astrophysicist, said the last total lunar eclipse during a super blue moon was on Dec. 30, 1982.

Here’s what else to know about the upcoming total lunar eclipse, supermoon and blue moon.

In this composite image of seven different photographs the moon is seen as it enters and leaves a lunar eclipse on September 28, 2015 in Glastonbury, England.
Matt Cardy—Getty Images

What will we see during the total lunar eclipse?

Don’t be confused by the term “blue moon,” which has nothing to do with the color of the moon, scientists say. In fact, the full moon will appear red or a burnt-orange hue, which is where it gets its “blood moon” moniker. NASA says this happens because the indirect sunlight that reaches the moon, during a total lunar eclipse, first makes its way through the Earth’s atmosphere, where most of the scattered blue-colored light is filtered out. The moon could also appear blood red, dark brown or gray.

The exact shade will depend on global atmospheric conditions, like the amount of dust in Earth’s atmosphere, at the time of the total lunar eclipse. Petro says there’s a very small chance the total lunar eclipse during a blue moon could even appear to have a blue hue to it, but that would depend on a massive volcanic eruption happening beforehand. Particles in plumes of ash-clouds from such an eruption could scatter away red light, according to NASA.

Whether you’ll see the show also depends on local weather conditions, since cloud cover could partially or completely block the spectacle in some areas.

During a supermoon — like the one that took place Jan. 1 of this year, when the moon was closer to Earth than it will be for all of 2018 — the moon appears about 15% larger than usual and 30% brighter, Petro said. Some scientists only use the term supermoon to describe the single closest full moon in a 14-month cycle, but NASA uses the term more broadly to describe a full moon that occurs within 90% of the moon’s closest approach to Earth, according to Petro. (Because the moon’s orbit around Earth is elliptical, its distance from Earth is not fixed. Instead, it fluctuates between 225,600 miles and 252,100 miles, on average, according to Wright.)

A double exposure picture shows the moon and the monument of The Savior of The World during a total lunar eclipse as seen from San Salvador, El Salvador on December 21, 2010.
Jose Cabezas—AFP/Getty Images

When will we see the total lunar eclipse?

Sky watchers on the West Coast and in the middle of the U.S. will have the best chance at catching the total lunar eclipse if they are early risers. Residents in Australia and Asia will get a “really good view” as well, Petro said. But people on the East Coast will have a less impressive view, since the lunar eclipse’s totality will occur as the sun is rising and moon is setting, Petro said.

Overall, totality will last for about 1 hour and 16 minutes. Petro said it starts on the West Coast, including Los Angeles and the San Francisco Bay area, at about 4:51 a.m. PT and lasts until about 6:07 a.m. PT on Jan. 31. On the East Coast, including New York City, Boston and Washington D.C., the moon will be completely eclipsed starting at 7:51 a.m. ET.

People willing to get up early, Petro said, will likely be rewarded for their efforts. “I hope the people who have the chance to see this eclipse really take it,” he said. “Go out and look at the night sky.”

The lunar eclipse will be visible in other places besides the coasts. Residents in Mountain Time cities like Denver will get a decent look at the event starting at 5:51 a.m. The eclipse can also be seen above the U.S. border in Canada, where totality will begin in Toronto at the same time as American Eastern Time cities like New York. And the spectacle is not just limited to the Western Hemisphere. Most of India, for example, will see the phenomenon in totality between 5:18 p.m. and 6:21 p.m. local time.

Why does the moon turn red?

Despite the Earth fully covering the sun from the point of view of the moon, some light manages to pass through the planet’s atmosphere because it’s refracted by the Earth’s shadow, according to NASA. This light appears red due to a phenomenon known as rayleigh scattering.

So, the “blood moon” moniker is not just for dramatic effect. It’s actually describing the remaining red light that’s shining onto the moon.

When is the next total lunar eclipse?

The next total lunar eclipse can be seen on July 27, 2018 on several continents, including South America, Europe, Africa, Asia and Australia. The event will be visible again in America on Jan. 21, 2019. 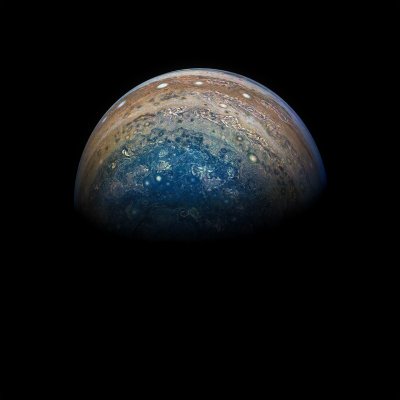