Search teams in the hunt for missing Malaysia Airlines Flight 370 have detected three separate pulse signals that could lead to the plane’s black box, and all attention has turned to tracking the elusive radio signals before the ping emitter’s battery dies.

A Chinese ship detected one radio ping on Friday, and then a second ping on Saturday about 1.4 miles away as it recombed the search area of Australia’s west coast, reports the Associated Press. The radio signal was set to a frequency of 37.5 kilohertz, the same frequency emitted by flight-data recorders aboard the missing plane, Chinese media reported. The second ping lasted 90 seconds.

The British navy ship H.M.S. Echo, equipped with sound-locating equipment, is expected to arrive in the area early Monday.

Retired Australian Air Chief Marshal Angus Houston, who is coordinating the search, confirmed the Chinese ship had detected the search signals but was unable to confirm they are linked to the missing plane.

A third radio ping was detected Sunday 300 nautical miles away by an Australian ship using sophisticated deep-sea sound equipment supplied by the U.S. Navy. The Australian ship, Ocean Shield, will head to assist the Chinese after investigating the third pulse.

Every plane’s black box is equipped with a radio transmitter that serves as an acoustic homing beacon and has a battery life of 30 to 45 days, depending on environmental factors. The ping frequency of 37.5 kilohertz is specifically chosen to be unique from all the buzzes, clicks and other sounds of nautical animals.

But Houston, who is coordinating the search, said it was too early to draw a firm connection with the missing Boeing 777, which disappeared March 8 en route from Kuala Lumpur to Beijing and flew wildly off course. “We are working in a very big ocean and within a very large search area, and so far since the aircraft went missing we have had very few leads which allow us to narrow the search area,” he said, as reported by BBC. He insisted the signal should be treated as unverified “until such time as we can provide an unequivocal determination.”

The flight recorder’s battery could die within days, increasing the urgency for the multinational search team as it races against the clock. Twelve military aircraft and 13 ships are searching three vast areas about 1,240 miles northwest of Perth, Australia. 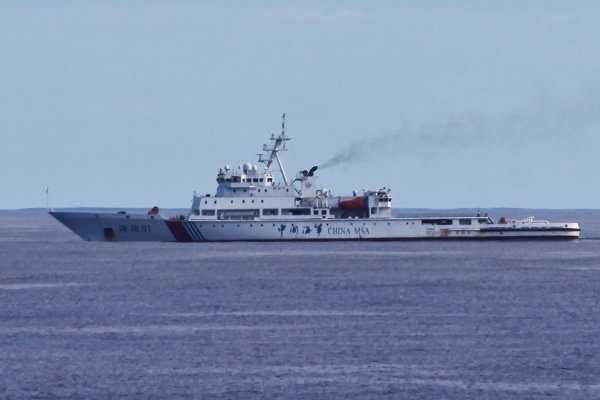