Willem Dafoe, who was nominated for a Golden Globe for his performance in The Florida Project, did not win the award for Best Supporting Actor Sunday night. He did, however, achieve top honors in the category of highly meme-able moments.

During Seth Meyers’ opening monologue, the host performed a bit about Dafoe. “For the male nominees in the room tonight, this is the first time in three months it won’t be terrifying to hear your name read out loud.” He then feigned a conversation between two people: “‘Did you hear about Willem Dafoe?’ ‘Oh, God, no!’ ‘He was nominated.’ ‘Don’t do that! Don’t do that.'”

Cut to Dafoe making a face that wordlessly communicated intense feelings of anxiety before erupting in laughter.

Suffice it to say, the Internet loved his work. Many social media users are pairing the screen capture of Dafoe with captions about their various moods and moments when we let our faces do the talking. What’s more, this is not the first time the actor’s facial expression has catapulted him into viral meme status.

See how the Internet did the most with Willem Dafoe’s audience reaction at the 2018 Golden Globe Awards below. 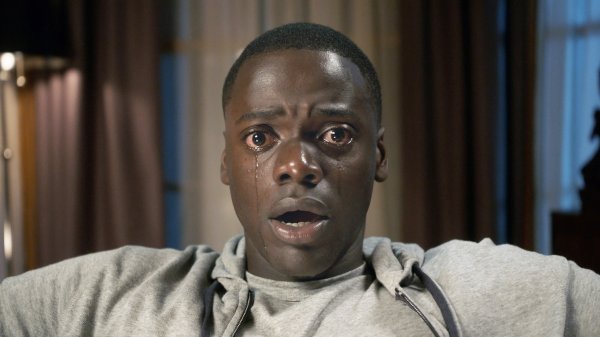 Get Out, The Post and Dunkirk Snubbed at the Golden Globes
Next Up: Editor's Pick