The Black Dress Protest May Define Awards Season. But It Shouldn’t End There

On Sunday night, the Golden Globes’ red carpet was a sea of dark attire as actors wore all-black outfits to show solidarity with victims of sexual harassment and abuse. The demonstration was organized by Time’s Up, an initiative recently launched by prominent women in Hollywood to protest sexual misconduct and gender inequity in the workplace.

The vast majority of attendees followed the night’s suggested dress code, with many also sporting small pins emblazoned with the Time’s Up logo. Several women made an effort to further the conversation beyond their garments: Debra Messing used her red carpet interview with E! News to question the network’s gender pay disparity while presenter Natalie Portman called out the lack of recognition for women directors. Oprah, the first black woman to receive the Cecil B. DeMille Award, delivered a rousing acceptance speech about stopping the culture of abuse and supporting women’s narratives.

While the demonstration appeared to be a success — at least numerically — it left some people wondering: What does the protest look like once the black gowns and tuxedos have been stowed away? The activists who accompanied A-listers on the red carpet, including Tarana Burke and Monica Ramirez, have dedicated their lives to the advancement of women. But how can the men and women of Hollywood make their protest meaningful in the long run? Here are some ways to keep the momentum going after the red carpets have been rolled up.

Continue speaking out — or, for many men, start now

At the Golden Globes, women used their time in the spotlight, both on the red carpet and as presenters, to call out issues like the wage gap and the lack of recognition for female directors. Their male peers would do well to follow their lead. While some actors, like Chris Hemsworth, spoke about their reasons for sporting a Time’s Up pin and wearing black, none of the male award winners deviated from the usual “thank yous” to bring up topical issues, even when accepting awards for shows or films that dealt with issues directly affecting women.

What would it look like if men used this type of stage to acknowledge how they benefit from a system that has historically enabled abuse? Or better yet, if they were to initiate those conversations with their actions, risking their own work prospects to demonstrate solidarity with the women in their workspaces? It’s up to Hollywood, and not just its women, to keep the dialogue going.

Many women, like Michelle Williams and Emma Watson, made a conscious effort to bring up topics like harassment and the wage gap on the red carpet. Most men, on the other hand, didn’t readily offer up their thoughts on these issues — but interviewers didn’t exactly press them, either. Reporters should be just as vigilant in asking men the same questions they ask women. Women already carry the burden of experiencing sexism and sexual misconduct; they shouldn’t alone carry the burden of calling it out.

Speak honestly about past projects and choose wisely moving forward

What would it mean for the entertainment industry if actors chose not to work with those who have been accused of sexual misconduct? What would it look like if those who have worked with someone accused of misconduct openly denounced their alleged behavior? Ellen Page, who appeared in Woody Allen’s To Rome With Love, has done this, coming forward publicly to say that appearing in the film was the “biggest regret of my career.” (Allen has a history of allegations of sexual abuse, but he has never formally been charged.) Greta Gerwig, who has also worked with Allen, recently said that if she “had known then what I know now, I would not have acted in the film” and that she “will not work for him again.”

This kind of reckoning presents an opportunity for Hollywood to invest in voices that have historically been overlooked and silenced.

One part of the Time’s Up initiative to stop abuse in the workplace is a legal defense fund that will provide “subsidized legal support to women and men who have experienced sexual harassment, assault, or abuse in the workplace and while in pursuit of their careers.” Access to legal and communications resources can help women and men protect themselves from sexual misconduct in the workplace and might encourage them to report it when it happens. The fund, which will be administered by and housed in the National Women’s Law Center, is currently fundraising on GoFundMe.

While most of the major celebrity donors so far are women, Steven Spielberg and wife Kate Capshaw’s Wunderkinder Foundation gave the top donation at $2 million, and other men in Hollywood, including Justin Timberlake, Aziz Ansari, Seth Meyers, Edward Norton, Alfred Molina and Jude Law, have also donated. These men’s public donations not only raise awareness of the fund itself and the important work of Time’s Up — they also encourage more men to do the same and, in some cases, transition from passive bystanders to a meaningful part of the solution. 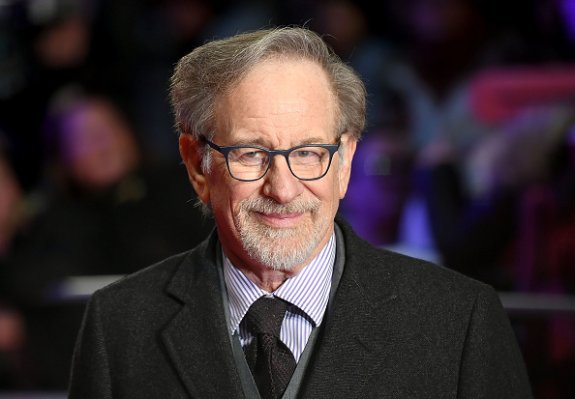