Three Billboards Swept the Golden Globes. Not Everyone Is Happy About That

What began as a wide-open Golden Globes ceremony ended, on the movies side, with a resounding victory for Three Billboards Outside Ebbing, Missouri. In a year when there was no clear critical consensus behind any one film, the movie’s collection of four awards — Best Director, Best Actress in a Drama, Best Supporting Actor and Best Motion Picture, Drama — seemed to anoint Martin McDonagh’s acerbic tale of a mother seeking justice for her brutally murdered daughter the clear favorite at the first major awards show of the season.

But to many watching the show at home — and perhaps some of those in the ballroom at the Beverly Hilton Sunday night — Three Billboards’ domination felt out of step with the moment. Since its debut at fall film festivals, the movie has been divisive. Critics praised the acting, particularly Frances McDormand’s effortlessly foul mouthed character in a thrift-store-gold mechanic’s jumpsuit and Sam Rockwell’s conflicted cop. Others likely responded to McDonagh’s stylized, hyperbolic depiction of rural America, which has rarely been seen this way on screen. Despite this, a growing number of critics began to question the movie’s treatment of race.

The police officer played by Rockwell (who won a Golden Globe for the performance) is said in the movie to have tortured a black man. But, at a time when police brutality against people of color continues to be a critical issue in the U.S., the incident is sidelined as a brief moment on his path to a redemption many felt was unearned. Still others called out the number of black characters that felt more like props than people, the story’s easygoing absolution of racism and, turning an eye back on criticism itself, the lack of white critics who appeared to be engaging with these questions in their reviews.

Awards prognosticators hardly expected the Hollywood Foreign Press Association to vote in accordance with arguments that haven’t quite made it from film Twitter to the water cooler. The HFPA, after all, has not proven, historically, to latch onto the nuances of issues deeply rooted in American society. (Some have pointed to British-Irish writer-director McDonagh’s outsider status as one explanation for some of the film’s alleged shortcomings.) But the choice, particularly when it comes to Best Motion Picture, Drama — the last and most highly esteemed award of the night — felt particularly glaring when considering the alternatives the HFPA passed over.

Contenders at the Globes included The Post, a ‘70s period drama that’s been widely received as a parable for today’s fraught relationship between the press and the administration sitting in the White House; Call Me By Your Name, a tender gay romance that treats its protagonists’ sexual orientation not as a self-conscious alternative to heteronormative narratives but as a matter of fact, almost incidental; and Get Out, a movie about the terror of being black in America that’s not only timely but that also reckons deeply with our country’s past. (Get Out, it’s worth mentioning, wasn’t up against Three Billboards because it was nominated as a comedy. Three Billboards, with its own darkly comedic tone, might just as easily have switched places.) Not one of these movies, despite a combined 11 nominations, took home a single Golden Globe.

There’s no rule declaring timeliness the determining factor in awards-worthiness. But on a night during which Hollywood turned a mirror on itself — from red-carpet fashion to host Seth Meyers’ monologue to Oprah Winfrey’s rousing Cecil B. DeMille Award acceptance speech — to reckon with the rot within the industry, Three Billboards felt like a choice from some other, less woke year. One year after Moonlight’s surprise Oscar win gave many hope that the tide was shifting, ever so slowly but perhaps surely, it felt like a regression.

For those wondering what the outcome of the Golden Globes might mean for the rest of awards season, it’s safe to say: very little. The HFPA, which consists of about 90 journalists, has no overlap with the Screen Actors Guild or the Academy — the latter of which has made a significant push to diversify its ranks since #oscarssowhite forced action to remediate its homogeneity. But these awards still mean something, in and of themselves. They draw attention to certain films and performances in the final weeks of Oscar voting. They offer a strong suggestion for what to go out and watch in theaters, impact box-office bottom lines and, in future years, serve as a sort of time capsule for how we once saw ourselves —accurately or not.

At best, the conversations surrounding Three Billboards will push filmmakers, critics and viewers to engage more deeply with representation onscreen. And whatever the film’s fate, they remind us that despite the feel-good ending of last year’s awards season, Moonlight was no end, but a momentous pit stop on a road that sometimes doubles back on itself. 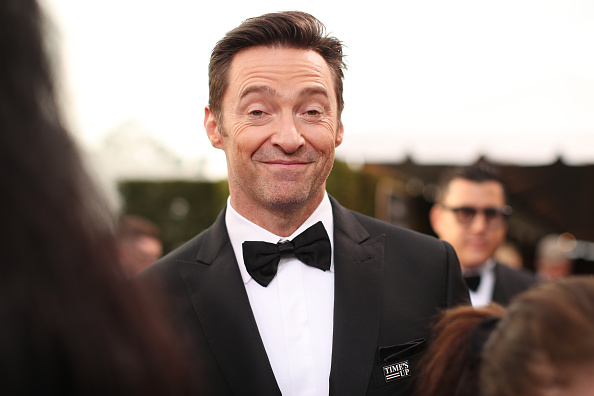 Confused Hugh Jackman Is the Most Relatable Meme of the 2018 Golden Globes
Next Up: Editor's Pick