During his opening monologue during the 75th Golden Globe Awards, host Seth Meyers pointed to his time hosting the White House Correspondents Dinner in 2011. Meyers said his jokes about Donald Trump not being qualified for the presidency are said to have spurred the now president’s run for office. So Meyers tried a similar tactic when giving his opening monologue in an effort to inspire some other celebrities to get into politics. He immediately turned to Oprah Winfrey, who has said previously that she will “never run for public office.”

“Some have said that night convinced [Trump] to run,” the Golden Globes host said. “So if that’s true, I just want to say, Oprah you will never be president. You do not have what it takes.”

Pointing to Tom Hanks, Meyers said, “And Hanks, where’s Hanks? You will never be vice president. You are too mean and unrelatable.”

Audiences at home were all in for Oprah running for president, and a possible Oprah/Hanks ballot in 2020. 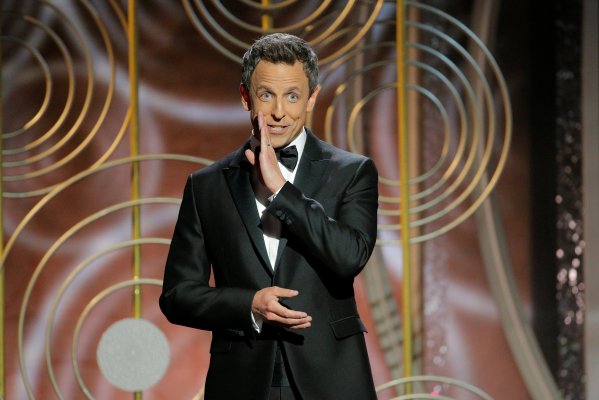 Seth Meyers Nailed His Golden Globes Monologue—By Giving Away the Mic
Next Up: Editor's Pick