Spiro Agnew Lawyer: Everyone Has the Right to Criticize the President

Lawyers are wont to write threatening letters, especially on behalf of clients who thrive on intimidating adversaries, be they current or former employees, contractors or spouses. Sometimes the legal threats serve as fair warning and actually accomplish something. Often, though, they represent the sound of empty barrels.

President Trump is an aficionado of the latter category. Knowledgeable lawyers doubled over laughing last year when a Trump attorney threatened to sue the New York Times for libel because the paper reported the statements of women who said they had been sexually molested by Donald Trump. And this was after his Access Hollywood taped confession, in which he boasted about his ability to sexually molest women and avoid any adverse consequence. The Times‘ snarky response was classic: the paper did not quote the First Amendment, or the legal rules regarding libel, other than to point to the fact that a libel suit was to repair an injury to a good reputation, and Trump lacked one of those. Trump never followed through on the threat to sue the Times, but when he called the women “liars,” one of them sued him for libel, and the case is pending in the New York courts.

All this derives from Trump’s litigious approach to adversaries of all kinds. When a law firm client of mine represented tenants in a building Trump wanted to demolish, Trump brought a frivolous federal lawsuit against the lawyers. And as I wrote in my book, The Client Decides, before he even served process, Trump told Page Six of the New York Post he was suing because, “The rich have a very low threshold for pain,” and “I don’t like being pushed around and now they’re beginning to learn it.” We not only got that complaint dismissed in record time, we won our legal fees to boot.

Now Trump’s new lawyers are threatening to sue former campaign executive and White House strategist Steve Bannon in a cease and desist letter, because he purportedly told the author of a new book that it was “treasonous” and “unpatriotic” for Donald Trump Jr., Jared Kushner and Paul Manafort to meet with the Russians in June 2016 at Trump Tower and fail to “immediately” report the incident to the F.B.I. Ivanka was not at that meeting, but was not spared: Ivanka, Bannon told the author, was “dumb as a brick.”

One can only imagine Trump’s likely reaction — Sue ’em — and sure enough, Trump’s new lawyer fired off a letter warning of “imminent legal action” based on two legal theories, and has demanded the book be suppressed.

The first ground is “defamation by libel and slander.” If the President were seriously to prosecute that claim, he would have a heavy burden to carry. Trump would need to prove not only that Bannon’s words are false statements of fact and not opinion, but that he knew they were false when he uttered them or suspected they were false and uttered them with a reckless disregard for their truth or falsity. And Trump and whomever joins him as a plaintiff would have to prove they were not “libel-proof” — that is, their reputations were strong enough in the first place to be damaged by Bannon’s remarks. Now that is a lawsuit observers would love to see play out each day. Especially if one adds in a Bannon libel counterclaim based on Trump’s statement that Bannon “has lost his mind” and “spent his time at the White House leaking false information to the media.” Newspaper and book sales will soar.

Aside from damages, Trump says he will seek a prior restraint on publication of the book. If the federal government’s claim of injury to national security couldn’t win a prior restraint on the New York Times and the Washington Post from publishing the Pentagon Papers, the President’s lawyer surely knows his demand to quash the publication of what the White House has dismissed as a trashy novel is aimed at headline writers, not judges.

The second ground cited by Trump’s lawyer is more interesting. He alleges Bannon signed a non-disparagement agreement, and therefore any negative thing he says about the Trump clan is a breach of contract for which both damages and an injunction are the appropriate remedy.

Again, to the extent the measure of the damages owed would be the reputational loss caused by the disparagement, one would need to measure the reputation of the plaintiffs before and after the breach. The deposition transcripts on that question would be delicious.

The agreement cited in the lawyer’s letter contains extreme language in which Bannon allegedly consented to be enjoined, without notice, from disparaging the Trump clan. However chancy that clause might be to actually support a prior restraint on disparaging a presidential candidate and his team, getting an injunction against saying bad things about the President and his advisers is a bridge too far. The right to criticize the government was so central to the founders, they approved the draft Constitution only upon the promise the First Amendment was forthcoming next year. Nothing is more central to the First Amendment than the right to criticize the government, and nobody is more central to the government than the President.

Also, in a final compelling twist: Interest in the non-disparagement issue is heightened these days by the frequent presence of those clauses in settlement agreements with women who have won molestation settlements. Some groups are already urging the clauses to be ruled unenforceable. If Trump actually sued Bannon based on this clause, that could add great weight to the movement. 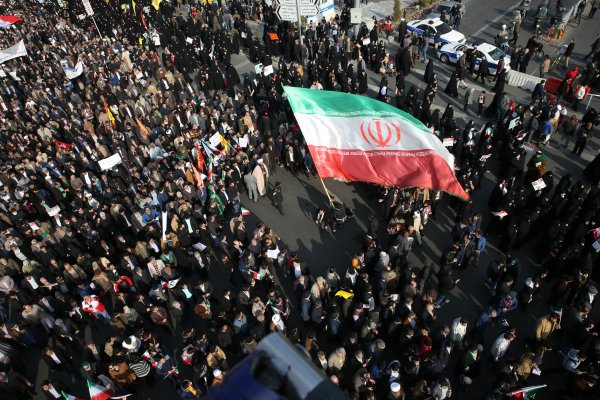 Lead Negotiator In Iran Deal: Trump Is 'Misreading Situation'
Next Up: Editor's Pick