Michael Wolff’s Fire and Fury has captured America’s attention for its claims about the White House’s infighting and incompetence, as viewed from Wolff’s 18-month-long perch inside Trump’s circle, but it also depicts, at times seemingly inadvertently, a testosterone-fueled workplace replete with casual misogyny, hardwired sexism and vile language.

Press Secretary Sarah Huckabee Sanders described Fire and Fury as “a book of ridiculous lies,” and some have taken issue with Wolff’s reporting. The White House asked Wolff’s publisher to stop publication of the book; instead, the publisher moved up publication by four days.

The book, out today, depicts a hostile work environment for women, filled with sexist slights that would get any other workplace in the country in serious legal trouble. If the book is accurate, no woman in Trump’s circle is exempt.

Every White House has its share of cursing: Vice President Joe Biden calling the Affordable Care Act a “big f–king deal,” President George W. Bush calling a reporter a “major-league a–hole.” But in anecdote after anecdote in Wolff’s book — many of which are not attributed to any on-the-record source — the vulgar language casually used in the White House and even by the president himself against high-level women serving in the Administration includes ones especially demeaning to women, referring to them as a “piece of tail,” a “b-tch” and a “c-nt.”

The details should not shock anyone who followed the 2016 campaign closely; Trump repeatedly offended women in his path, from Carly Fiorina (“Look at that face!” he said in front of a Rolling Stone reporter. “Would anyone vote for that?”) to Hillary Clinton (who he said did not have “the look” to be president). And no one, except perhaps Trump himself, could forget the “Access Hollywood” tape in which he said he grabs women “by the p-ssy.”

Even after he took office, the president called an NFL player protesting the national anthem a “son of a b-tch” in a nationally broadcast speech, and his personal attorney told a private citizen in a string of angry emails to “watch your back, b-tch.” In a series of angry tweets in June, Trump claimed that “Morning Joe” co-host Mika Brzezinski was “bleeding badly from a face-lift” during a visit to Mar-a-Lago.

In Wolff’s telling, Trump’s overall attitude toward women doesn’t necessarily preclude them from working closely with him. “While Trump was in most ways a conventional misogynist, in the workplace he was much closer to women than to men,” Wolff writes.

In fact, after firing two male campaign managers, Trump promoted Conway to the position, making her the first woman to run a successful presidential campaign.

Trump’s complicated feelings about women extend outside his work circle, who face attacks on their looks, insinuations and uncomfortable compliments, even as he seeks the approval of some of them. Aside from his Twitter attack on Brzezinski, he faced criticism last year for saying that Democratic Sen. Kirsten Gillibrand used to come “begging” for campaign donations and “would do anything for them.” (The White House denied any sexual innuendo in the tweet.) He was also criticized in June for singling out an Irish female reporter in the Oval Office, saying she had a “nice smile” and telling the Irish Prime Minister she probably treats him well. At the same time, while Wolff describes New York Times journalist Maggie Haberman as Trump’s bête noire, the president has consistently turned to her coverage in the hope that it would be positive. She is “his go-to journalist for some higher sort of approval,” he writes.

The Trump Administration includes very few women — one analysis from the nonpartisan Brookings Institution last year found just 27 percent of posts were filled by women — and the women in his Cabinet hold posts farther down the line of succession overseeing transportation, education and small business. One infamous viral photo depicted more than two dozen men sitting around a conference table in the White House discussing the Republican health care bill — and not a single woman.

But while there may not be many women around the president, in Wolff’s telling it seems they are always on his mind — just not in ways most women would appreciate. 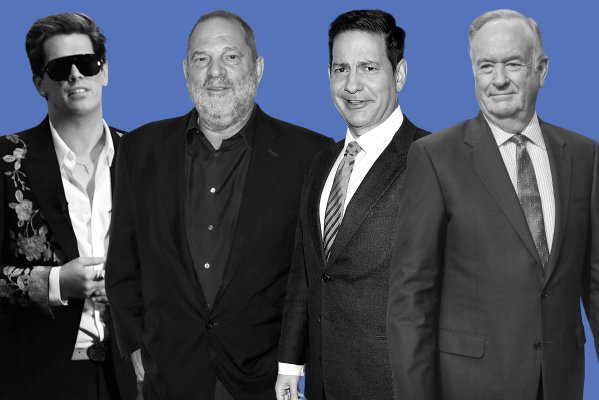 What Happens to Big-League Books When Scandal Knocks
Next Up: Editor's Pick