It might only be four days into 2018, but Kendrick Lamar and SZA have already dropped new music with their powerful new track, “All the Stars.”

The song is the lead single off the Black Panther soundtrack, which Lamar is curating and producing, alongside Top Dawg Entertainment’s Anthony Tiffith and the film’s director, Ryan Coogler, something that Lamar hinted at in his moving “LOVE.” music video.

On the song, Lamar raps stoic lines hinting at the new movie like “Tell me what you gon’ do to me/Confrontation ain’t nothin’ new to me/You can bring a bullet, bring a sword/Bring a morgue, but you can’t bring the truth to me,” while SZA croons the chorus before launching into a empowering verse of her own with lyrics like “no control, no off switch in the way that you bringing me down.”

It’s been a landmark past year for both Lamar and SZA; Lamar’s DAMN. is nominated for a whopping seven nominations, including Album of the Year, while SZA who released her debut studio album Ctrl this year, leads the nominations for women five Grammy nods.

Listen to “All the Stars” below. 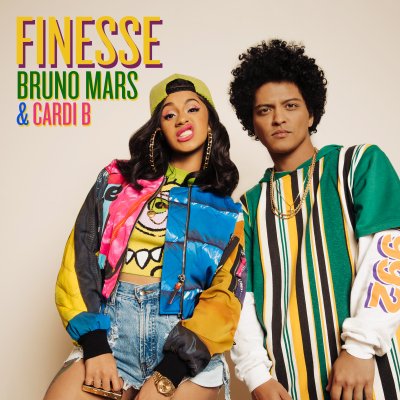 Cardi B and Bruno Mars Bring the "Finesse" on Colorful Remix
Next Up: Editor's Pick