Winter Storm Grayson has officially arrived and the Internet is delivering the perfect Game of Thrones memes to accompany it.

After the blizzard — which is the result of a weather event known as a “bomb cyclone” — began battering the East Coast on Wednesday, Thrones fans preparing to brave the snow took to social media to share their seven kingdoms–inspired thoughts on the winter blast.

Some lamented the fact that it appeared as though the Westerosi weather had somehow made its way to America. “Maybe I just need coffee, but I swear I just saw this guy down the street,” Twitter user Jean Dunn captioned a gif of one of the Night King’s White Walker lieutenants charging through the snow.

Others took the opportunity to joke about how far away the 2019 debut of the final season of Thrones still is. “#WinterIsHere — but unfortunately #GameOfThrones is still a year away,” user StikeDC captioned a photo of today’s cover of The Express, which features a White Walker.

See some of the memes below. 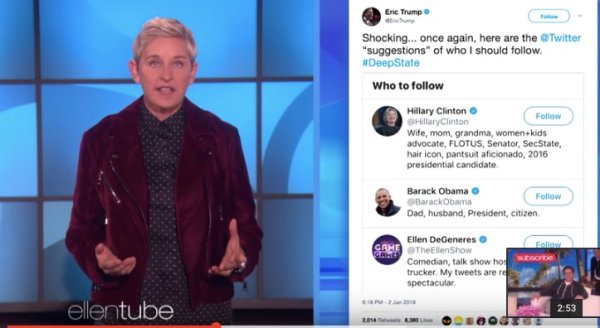 Let Ellen DeGeneres Explain to Eric Trump Why She's Not Conspiring Against the President
Next Up: Editor's Pick