Harvard Professor Steven Pinker on Why We Refuse to See the Bright Side, Even Though We Should

According to the latest data, people are living longer and becoming healthier, better fed, richer, smarter, safer, more connected–and, at the same time, ever gloomier about the state of the world. As the political scientist John Mueller once summed up the history of the West, “People seem simply to have taken the remarkable economic improvement in stride and have deftly found new concerns to get upset about.” How can we explain pessimism in a world of progress?

It’s not that people are naturally glum. On the contrary, they tend to see their lives through rosetinted glasses: they say they are happy, their schools are good, their neighborhoods are safe and that they are less likely than the average person to become the victim of an accident, a disease, a layoff or crime.

But when people are asked about their countries, they switch from Pollyanna to Eeyore: everyone else is miserable, they insist, and the world is going to hell in a handcart.

This disconnect originates in the nature of news. News is about what happens, not what doesn’t happen, so it features sudden and upsetting events like fires, plant closings, rampage shootings and shark attacks. Most positive developments are not camera-friendly, and they aren’t built in a day. You never see a headline about a country that is not at war, or a city that has not been attacked by terrorists–or the fact that since yesterday, 180,000 people have escaped extreme poverty.

The bad habits of media in turn bring out the worst in human cognition. Our intuitions about risk are driven not by statistics but by images and stories. People rank tornadoes (which kill dozens of Americans a year) as more dangerous than asthma (which kills thousands), presumably because tornadoes make for better television. It’s easy to see how this cognitive bias–stoked by the news policy “If it bleeds, it leads”–could make people conclude the worst about where the world is heading.

Irrational pessimism is also driven by a morbid interest in what can go wrong–and there are always more ways for things to go wrong than to go right. This creates a market for experts to remind us of things that can go wrong that we may have overlooked. Biblical prophets, oped pundits, social critics, dystopian filmmakers and tabloid psychics know they can achieve instant gravitas by warning of an imminent doomsday. Those who point out that the world is getting better–even hardheaded analysts who are just reading out the data–may be dismissed as starry-eyed naïfs.

Psychologists have identified other reasons we are nostalgic about the past and jaundiced about the present. Time heals most wounds: the negative coloring of bad experiences fades with the passing of years. Also, we are liable to confuse the heavier burdens of maturity with a world that has lost its innocence, and the inevitable decline in our faculties with a decline in the times. As the columnist Franklin Pierce Adams pointed out, “Nothing is more responsible for the good old days than a bad memory.”

The cure for these biases is numeracy: basing our sense of the world not on bleeding headlines or gory images but on measures of human flourishing such as longevity, literacy, prosperity and peace. Numbers, after all, aggregate the good and the bad, the things that happen and the things that don’t. A quantitative mind-set, despite its nerdy aura, is not just a smarter way to understand the world but the morally enlightened one. It treats every human life as equal, rather than privileging the people who are closest to us or most photogenic. And it holds out the hope that we might identify the causes of our problems and thereby implement the measures that are most likely to solve them. 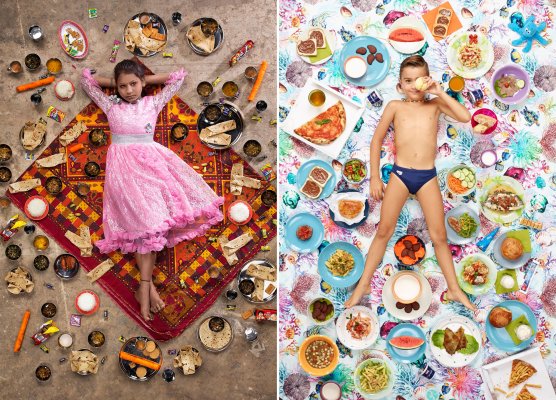 This Is What the Future of Food Looks Like, According to Chef Marcus Samuelsson
Next Up: Editor's Pick