The need for a treatment is dire, and in the search for new medicines the rates of success are not high–only about 1% of early scientific discoveries will make it to become a medicine that reaches patients. It is a story that, on its face, sounds undeniably grim.

But it is misleading. When we consider each “failed” study, we can often uncover answers to the question, Why didn’t this work? And those answers have propelled our understanding of Alzheimer’s disease forward–bringing us closer to finding a treatment.

Alzheimer’s disease is characterized by the buildup of two proteins, called beta-amyloid and tau, in the brain. Both normally exist there, but in Alzheimer’s disease, something goes wrong. Beta-amyloid forms abnormal deposits in the brain called plaques, and tau gets twisted and tangled inside brain cells, causing damage that with time results in memory loss.

Until recently, we could not see these proteins in patients without conducting an autopsy. One of the greatest advances in Alzheimer’s disease research is the ability to use a positron-emission tomography (PET) scan to confirm if a person has amyloid plaque or tau tangles in their brain before they begin a clinical study.

I can recall the stunning shift when we first used PET imaging in Alzheimer’s disease patients in 2010. The clinical center that we worked with had put forward 10 patients diagnosed with Alzheimer’s disease. Using this new imaging technique, we could see that three of them did not have amyloid plaque in their brain–meaning they did not, in fact, have Alzheimer’s disease. This constituted a dramatic change in the precision with which we could understand the disorder.

Imaging technology is also critical to the success of clinical studies, because some investigational drugs function by binding to those proteins and removing them. If the proteins and plaques are not present, the drug cannot work, which can negatively impact research results.

Being able to see amyloid plaque in the brain of living patients also confirmed a suspicion that Alzheimer’s disease, just like heart disease, has a long silent phase. Now we can see that proteins build up in the brain and form plaque as early as 20 years before a person shows detectable memory loss. This means we may need to treat people much earlier, when plaque is forming and has not done too much damage.

Today we are investigating potential treatments for earlier stages. There are clinical studies, including those we are advancing at Biogen, looking at the mechanisms in the body that cause plaque to form and investigating if we can slow or stop amyloid plaque from forming in the brain. Studies are also investigating the effectiveness of trapping and preventing tau protein from spreading across the brain.

I believe we can deliver a treatment to the millions of Alzheimer’s disease patients and their families who are waiting. And my optimism is rooted in the science, which continues to evolve and advance right before our eyes.

Budd Haeberlein is a vice president of clinical development at Biogen 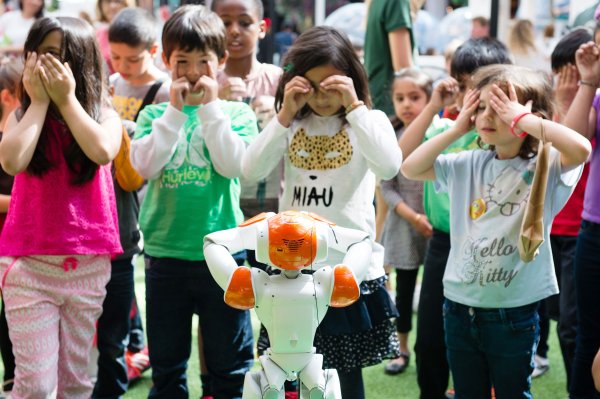 Why You Shouldn't Be Afraid of Artificial Intelligence
Next Up: Editor's Pick