Who's Who In Italy's Upcoming Elections

Italy’s President Sergio Mattarella dissolved the Parliament on Dec. 28 ahead of a March 4 general election. No party is projected to win a majority, leaving the key players in search of a coalition to run the euro zone’s third largest economy. Here are the front runners:

The Euroskeptic, antiestablishment party, led by Luigi Di Maio, tops the polls with close to 30% of the vote. Founded in 2009 by comedian Beppe Grillo, the party promises to clean up corruption in Italian politics. Until now, it has refused to form alliances with the mainstream parties.

The ruling Democratic Party, of which current Prime Minister Paolo Gentiloni is a member, is second in the polls, with about 23% of the vote. Internal splits and a banking scandal have hurt its popularity. The question now is whether Gentiloni or the party’s secretary, former Prime Minister Matteo Renzi, will be its candidate for leader.

The party of the four-time Premier Silvio Berlusconi is third in the polls. However, the octogenarian is prohibited from taking office again, due to a tax-fraud conviction.

Under the leadership of Matteo Salvini, the anti-E.U. and anti-migrant party has gained popularity by tacking to the right. It plans to join forces with Forza Italia, but polls suggest that an alliance will fall short of the 40% needed to create a governing majority. 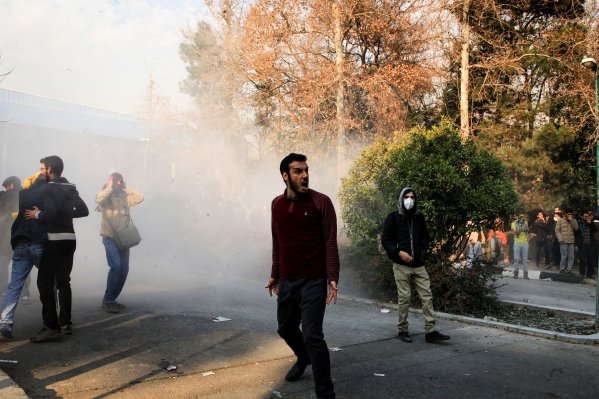 The Iran Protests Expose a Deep Fault Line in the Islamic Republic
Next Up: Editor's Pick