President Trump began 2018 with plenty of fodder for late night television hosts, tweeting about U.S. nuclear capabilities as a response to a taunt by North Korea’s Kim Jong Un. Jimmy Kimmel had no problem taking Trump to task.

“Happy New Year everybody! We have two maniacs with nuclear warheads tweeting about who has the bigger button,” Kimmel joked in response to Kim Jong Un’s New Year’s address, reading out the warning from the President. In the tweet, Trump says that his “Nuclear Button” is “bigger” and “more powerful” than that of the North Korean leader, another in a series of jabs at Kim that have filled his year in the presidency and stirred concerns about international safety and the prospect of war.

Of course, that tweet wasn’t the only thing that Trump shared; Kimmel noted that he posted no fewer than eight messages on his social media service of choice before 10 a.m. on Tuesday, including a claim for credit for a lack of commercial airline deaths in 2017, which has been debunked.

“It’s only Jan. 2. I don’t think I can take another year like last year,” Kimmel joked about the ongoing deluge of news. 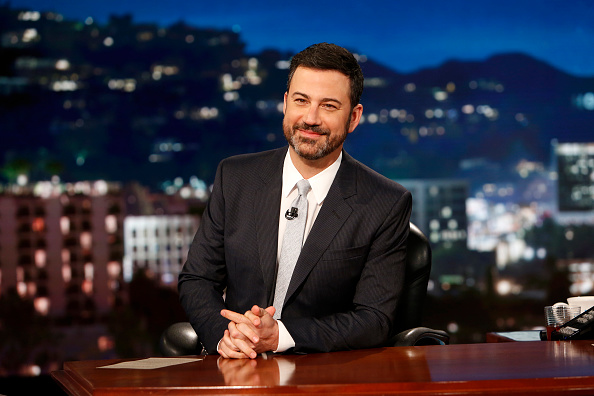 A Comprehensive Guide to All the Times Jimmy Kimmel Has Gotten Political
Next Up: Editor's Pick