When Tiffany Haddish hosted Saturday Night Live in November, she made history as the first black female comedian to do so, something that she discovered when she approached industry icon and EGOT recipient, Whoopi Goldberg.

In an interview with The New York Times, the Girls Trip star revealed that she reached out to Goldberg because she had appeared on the show in the past, although to Haddish’s surprise, Goldberg had only appeared in a single SNL sketch.

“I Googled and saw that Whoopi Goldberg had been on it, so I reached out to her,” Haddish said, before sharing the advice that Goldberg gave her for her SNL hosting gig: “You the first, b-tch, you better do a good job.”

Haddish seems to have taken Goldberg’s advice to heart, delivering among other things, a hilarious monologue that managed to tackle sexual harassment and Donald Trump’s hair. 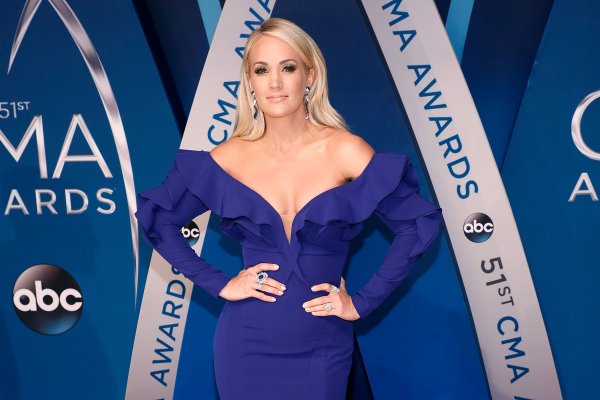 Carrie Underwood Needed 40 Stitches After Fall
Next Up: Editor's Pick