U.N. Secretary-General Ban Ki-moon visited the Central African Republic on Saturday amid an uptick in deadly street violence in the capital, Bangui, pledging to focus global attention on the conflict that has killed untold thousands and pushed much of the country’s Muslims into neighboring countries.

The visit, which lasted just a few hours, was Ban’s first since street attacks in December left about a thousand dead, many at the hands of the mainly Muslim rebel coalition Séléka that seized power in a coup in early 2013. Thousands of foreign peacekeepers were sent to stabilize the chronically poor state, wracked by decades of corrupt governance, but the retreat of Séléka and step-down of the President resulted in a power grab by largely Christian militias called anti-balaka, who have heavily targeted the Muslim minority. Hundreds of thousands have since fled to Cameroon, Chad and the Democratic Republic of Congo.

Ban traveled outside the secure area of the main airport, which is guarded by French troops and adjacent to a mass-displacement camp, to meet with interim President Catherine Samba-Panza and visit one of the capital’s last operational mosques. He also spoke to the transitional council tasked with preparing the country for elections by next February.

“There is a hole in the heart of Africa. Every day, I wake up thinking about your trials and troubles,” he said. “Everywhere, I have called on leaders to step up their efforts. Some say this is a forgotten crisis. I am here to help make sure the world does not forget.”

The U.N. chief forcefully spoke of hearing “horror stories” from those who have been uprooted, warned of food insecurity and the risk of malaria ahead of the rainy season and detailed atrocities that have gripped the landlocked, mineral-rich country for more than a year. “The security of the state has been replaced by a state of anarchy,” he said, mentioning a rise in sexual violence and instances of lynchings and decapitations. “There has been total impunity — zero accountability. This must change.”

Aid groups that frequently criticize the U.N. for not doing enough to stem the violence say words have little impact and more troops are needed to both restore order and help the government implement the rule of law. Former colonial power France has 2,000 soldiers on the ground, and the African Union has contributed 6,000 peacekeepers, but regional power broker Chad began pulling its contingent of 850 troops after being scolded for recent clashes that left about 30 civilians dead.

Ban commended foreign troops for their work but said they’re “underresourced and overwhelmed” given the enormity of their daily challenges. He applauded the E.U. for its impending deployment of the hundreds of peacekeepers it promised months ago and said he hopes the U.N. Security Council approves the 12,000-member peacekeeping and police force he recently proposed.

His visit came one day before he marks two decades since the genocide in Rwanda. “The international community failed the people of Rwanda 20 years ago, and we are at risk of not doing enough for the people of CAR today,” he told lawmakers. “It is your responsibility as leaders to ensure that there are no such anniversaries in this country.” 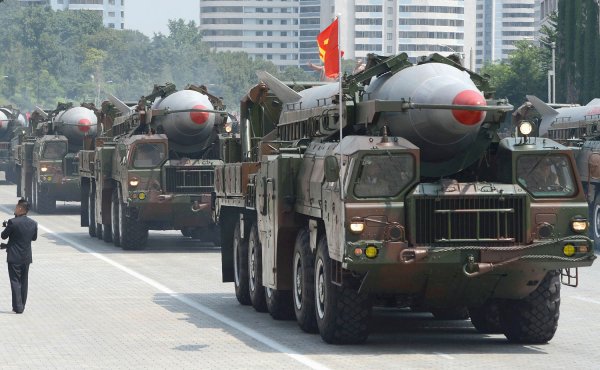