'Let's Not Extinguish Hope in Their Hearts.' Pope Francis Calls for Empathy Toward Migrants and Refugees

Pope Francis called for people around the world to “embrace” migrants and refugees in his annual World Day for Peace address.

The theme of the 51st World Day of Peace celebration, observed on Jan. 1, was “Migrants and Refugees: Men and Women in Search of Peace.”

Francis reiterated his advocacy for “all those fleeing from war and hunger, or forced by discrimination and persecution, poverty and environmental degradation to leave their homelands.”

“Please, let’s not extinguish the hope in their hearts, let’s not suffocate their expectations of peace,” Francis said during his address in the Vatican, where 40,000 adherents turned out for the event.

Francis called on political, educational, and religious institutions alike to “make the effort to assure refugees and migrants, to everyone, a peaceful future.”

“We ask the Lord to work in this new year with generosity to achieve a world that is more empathetic and welcoming,” he said.

Francis also addressed what he described as a rise of anti-immigration rhetoric globally, suggesting that people who “foment fear of migrants instead of building peace,” possibly to achieve political ends, “are sowing violence, racial discrimination and xenophobia.”

Francis’ New Year’s remarks drew heavily from a full statement on the subject of migration released by the Vatican in November.

On Jan. 8, Francis will deliver another annual address to the Vatican diplomatic service, according to Catholic news site Crux, which is expected to be considered his most significant foreign policy statement of the year.

Francis has been an outspoken advocate for migrants around the world, traveling to Myanmar and Bangladesh in late 2017 and speaking with a group of Muslim Rohingya refugees who were displaced by violence.

In remarks delivered Christmas Eve, he likened the plight of migrants to the biblical journey of Mary and Joseph to Bethlehem, expressing his hope that no person would feel as though “there is no room for them on this Earth.” 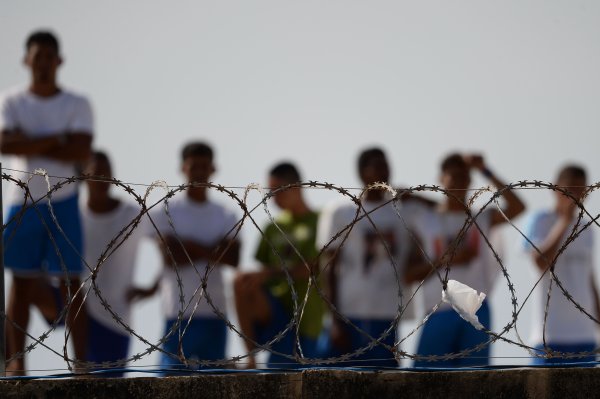