Inmates watch as injured prisoners are removed after a battle between gangs in the Alcacuz Penitentiary Center, in Brazil on Jan. 20, 2017.
Andressa Anholete—AFP/Getty Images
By Eli Meixler

Nine inmates were killed and dozens escaped during a New Year’s Day prison riot in a city near Brasilia, the Brazilian capital. Fourteen inmates were also injured in the melee, Reuters reports.

The riot in the Colonia Agroindustrial prison, which is on the outskirts of the city of Goiânia, began when armed gang members invaded three cellblocks inhabited by a rival faction. Attackers set mattresses on fire and burned the bodies of those who were killed, according to the Associated Press.

Prison officials regained control of the facility with the help of military police within about two hours, but more than 106 inmates escaped during the mayhem, according to local newspaper O Estado de São Paulo.

Authorities later recaptured nearly 30 of the escapees, which included members of both gangs. An additional 127 inmates who broke free voluntarily turned themselves in, AP reports.

Violence is not uncommon in Brazil’s sprawling and overcrowded prison system, which is dominated by gangs and drug trafficking syndicates. The beginning of 2017 was also marked by prison fighting, as a long-standing rivalry burst into gruesome violence in the Anisio Jobim facility in the state of Amazonas.

Read more: Almost 100 Killed During a Week of Gang Violence in Brazil’s Prisons

The riot left at least 56 dead, with decapitated bodies thrown over prison walls, and sparked a wave of prison violence that saw 130 inmates killed in the first 20 days of the year, according to Reuters.

Jorimar Bastos, the chief of the state prison guard union, told the local Folha de Sao Paulo newspaper that only five prison officers were on duty on Jan. 1 this year, responsible for 900 prisoners, according to Reuters. 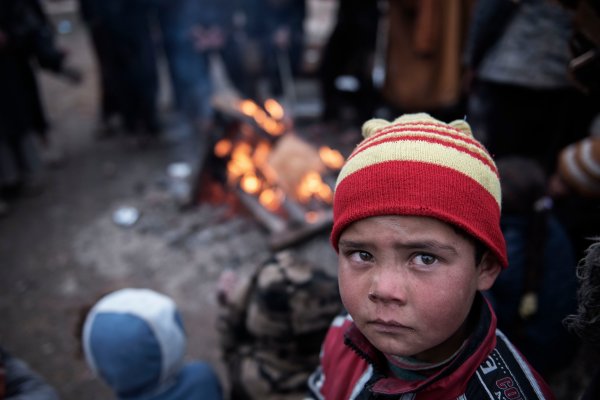 U.S. General: Islamic State Is Still a Danger
Next Up: Editor's Pick