The Bachelor Recap: Arie Returns to the Scene of the Crime

The Bachelor has gone green and they are recycling characters again. This time the show is bringing back Arie Luyendyk, the race car driver who almost drove off with Emily Maynard’s heart back on Season 8 of The Bachelorette. Emily dumped him, though, and sent Arie home in the limo of shame. He did not go gentle into that good night, however; instead, he flew to Charlotte, gave Emily his diary and begged her to read it so he could share his feelings. Readers, she didn’t even open it up and Arie’s heart was broken. They’ve made up though and both have learned from their mistakes.

Now at the age of 36, Arie is a realtor and a race car driver and ready for the “most important race of his life,” a.k.a. racing through a courtship over the next 12 weeks or so. Before Arie can meet the women he will publicly court over the next few weeks, the producers trot out the show’s biggest success story to bless this season. Human talismans Sean and Catherine and their baby show up to give Arie a glimpse of his possible future. He claims that all he needs to be happy is a life like theirs; full of love and babies, and if a few new racing sponsors and/or Instagram #sponcon opportunities happen to arise, who is he to complain?

The Bachelor contestant pool was undoubtedly flooded with applicants excited at the prospect of being paired with Peter Kraus, only to learn too late that Arie was actually The Bachelor. Now he is benefiting from Peter’s fan base and there is a veritable Whitman’s Sampler of eligible bachelorettes for him to choose from: realtors, single moms; nannies; Southern belles; fitness instructors with hearts of gold; Emily Maynard lookalikes; Kim Kardashian lookalikes; taxidermy enthusiasts; photographers who stare off into the middle distance like they do this for a living.

Chris Harrison shows up and introduces Arie as “arguably the best kisser” they’ve ever had on the show, leaving one to wonder how exactly Chris Harrison knows that. Chris Harrison gives Arie a pep talk outside Bachelor Manor before the cavalcade of women bury him in wafts of perfume, lip gloss and pheromones. The first one out of the limo is Caroline, a realtor from Fort Lauderdale, Fla., who makes a joke about them being “off the market.” Realtor humor is actually preferable to the onslaught of racing puns that are being bandied about (Arie is in the driver’s seat! Pit stop references!). The showstopper shows up in a ’65 cherry red Mustang, but then someone shows up the showstopper by pulling into the driveway in a Formula One race car. Tia gives him a “little wiener” to remember her by, but only after he promises that he doesn’t already have one. (Get it?) There are a handful of Laurens, a Becca or two, a wildly gesticulating social media manager, a woman who gives him a “gratitude rock” and another who makes him pause to bask in the moment (the show is filmed in L.A., after all). Most of the encounters just end up as exchanges of: “You’re really beautiful.” “You’re really cute!” and Arie watches them as they walk inside the mansion.

Arie heads inside to start meeting women (or potential real estate clients) and find someone to receive his affections. As one contestant says, “The hair is down and boobs are out” and the women move quickly to mark their prey. The first woman to pull him away is Chelsea, the self-professed “mystery woman” who works as a realtor. She is quickly interrupted by the Formula One driver, but instead of recognizing this as simply the way The Bachelor works, Chelsea takes it personally and starts gobbling cheese to go with her whine. Arie, of course, is oblivious to it all as he canoodles by the fire, canoodles on the couch, canoodles in a Mustang, stares deeply into dulcet eyes, tries to remember who is named Lauren and who is named Becca, and figures out whether he is attracted to the woman who gave him a foot rub. The jury is still out on that one.

If you somehow missed the baker’s dozen of times that Arie was referred to as “the kissing bandit,” he earned himself a bit of a reputation last time he was on this show. The women clearly expect him to live up to the title and are happy to help. There has to be a first, though, and that falls to Brittany, a comely tech recruiter from Austin, TX. She didn’t steal the kiss, though, she earned it. She challenged Arie to a race in kiddie sports cars and won a kiss.

Despite the fact that every single woman on the show has been interrupted, Chelsea is still sore that she personally fell victim, so she decides to pay it forward by interrupting someone else. She grabs Arie, makes out in a corner with him, and then tells all the women about it. The women all hate her for it, but on the plus side, the target on her back matches nicely with her dress.

The women give Chris Harrison a round of applause when he drops off the First Impression Rose, because after approximately 32 seasons on the air, he really has it down to an art form. A woman named Ashley sagely points out that the tradition “makes the whole situation feel way more real,” because someone had to say it this season. Arie then alienates all the women by giving the rose to Chelsea, a.k.a. the one woman that the rest of the women despise. The producers must be cackling at the potential drama.

As the women line up for judgment, one clever one notes, “It’s really starting to sink in that going home could be a possibility.” Arie assures them that even if they don’t get a rose, they are still amazing, beautiful people hashtag feminism. The first rose goes to Becca K., who didn’t create enough drama to earn much screen time. Her acceptance speech is followed by the other Beckah, an Indian woman; Kendall, the taxidermy enthusiast; a handful of Laurens; a Krystal, a Brittany, a Jenny, an Ashley and a Tia.

When Chris Harrison comes out to announce the final rose of the night, most of the women look like they are either going to pass out or throw up. Going home are a bunch of gorgeous women trying really hard not to cry on TV while reminding themselves that they deserve love (they do!). Arie bids them farewell and (probably) whispers in their ear, “If you’re ever in the market for a house, here’s my card.” As Arie and his chosen few toast to the journey ahead, the discarded strong, beautiful waifs, hopefully head to the courtyard, download Tinder, and go look for un-televised romance, no roses required. 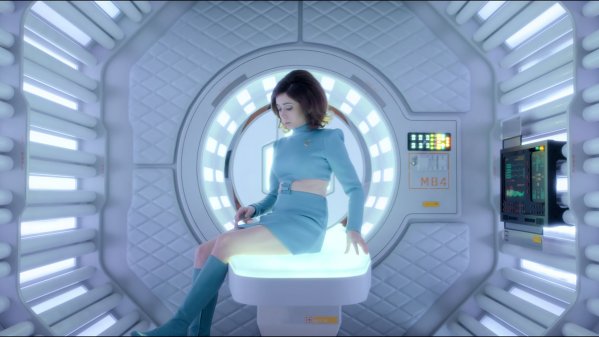 Black Mirror’s Fourth Season Struggles Until There's an Episode in Space. Seriously
Next Up: Editor's Pick