Take the Cannoli: 'The Godfather' Trilogy is Coming to Netflix

American actor Marlon Brando listens as an unidentified actor speaks close to one ear in a still from the film, 'The Godfather,' directed by Francis Coppola, 1972
Paramount Pictures—Getty Images
By Melissa Locker

Someone made Netflix an offer they couldn’t refuse and come Jan. 1, The Godfather trilogy will finally be available on the streaming service.

Based on Mario Puzo’s 1969 novel of the same name, The Godfather focused on the rise of the Corleone family from humble importers to crime lords led by family patriarch Vito (played by Marlon Brando). The 1972 film, follows the family as the mob boss mantle passes from Don Vito to his son Michael (Al Pacino). The first installment won three Oscars, including best actor for Brando, best adapted screenplay and best picture.

Its sequel (and also prequel), The Godfather Part II, follows parallel stories of young Vito (played by Robert de Niro) growing up in Sicily and Michael’s drive to ruthlessly protect the family business. The film earned the franchise six more Oscars, including best supporting actor for Robert De Niro (who played a young version of Brando’s Vito), best director for Francis Ford Coppola and best picture. In 1990, Coppola and Pacino returned for the franchise’s final chapter, The Godfather Part III, which was nominated for seven Oscars.

While the first two eminently quotable installments are widely considered some of the greatest films ever made (earning top spots on AFI’s list of the Greatest American Movies of All Time), the third film did not receive the same accolades. When the films start streaming on Netflix, perhaps fans can watch the The Godfather Part III over and over again until they find something redeemable about it — or they can make it swim with the fishes, like Luca Brasi. 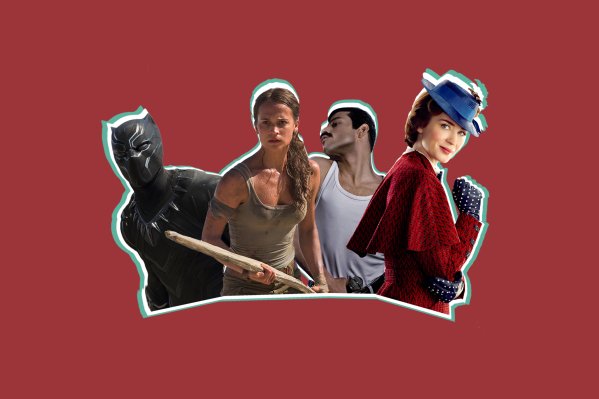 Here Are the Best New Movies Coming Out in 2018
Next Up: Editor's Pick