Seven women who accused Dustin Hoffman of sexual misconduct have thanked British comedian John Oliver for confronting the Oscar-winning actor over the allegations and over Hoffman’s apology, which Oliver said “feels like a dismissal.”

The statement was posted to Twitter by Anna Graham Hunter, who in a guest column in The Hollywood Reporter, accused Hoffman of harassing her as a 17-year-old intern on the set of Death of a Salesman. The letter was signed by Wendy Riss Gatsiounis, Kathryn Rossetter, Melissa Kester and Cori Thomas and two anonymous women. “We want to thank you for confronting Dustin Hoffman,” the statement read. “While the questions you asked may not have lento the constructive conversation you hoped for, the fact that you asked them at all is what matters most.”

“Women can continue to tell our stories, but ultimately, change will depend on men reflecting on their own behavior and challenging other men to do the same,” the statement concludes.

Oliver confronted Hoffman at an anniversary screening of the actor’s 1997 film Wag the Dog on Dec. 5, where he was moderating a panel discussion. Oliver asked Hoffman to comment on the allegations, before saying that the actor’s apologies came across “like a cop-out,” and didn’t “feel self-reflective in the way that it seems the incident demands.”

Oliver addressed the fraught exchange for the first time in an appearance on Sky One’s The Russell Howard Hour on Dec. 21. The host of Last Week Tonight expressed disappointment that the exchange “didn’t really go anywhere constructive” and lamented that the Internet storm that followed “became about my questions rather than his answer.”

“The whole thing just made me feel sad,” Oliver said. 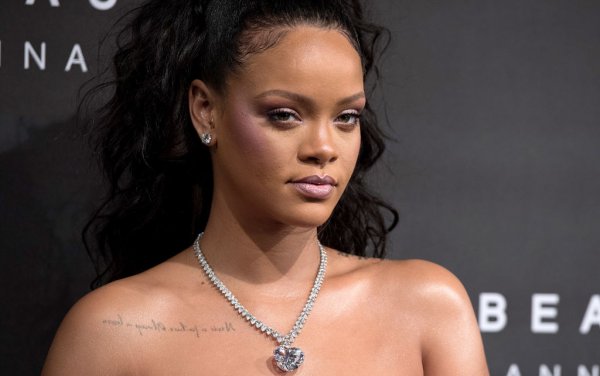 Rihanna Calls for End to Gun Violence
Next Up: Editor's Pick