This photo taken Feb. 4, 2017 shows a snow sculpture near the venue for the opening and closing ceremonies for the Pyeongchang 2018 Winter Olympic Games.
Jung Yeon-Je—AFP/Getty Images
By Joseph Hincks

South Korean immigration officials said they have deported 17 foreigners who could “potentially pose a terrorist menace” to the 2018 Winter Olympics in PyeongChang.

The deported foreigners come from five unidentified countries in Southeast and Central Asia, according to local paper the Korea Times, and are all either members of international terrorist groups as defined by the South Korean government, or on a wanted list shared by a global network of intelligence agencies.

The deportations were made possible through the “close cooperation and intelligence sharing of spy agencies in 50 countries,” an official at the Korea Immigration Service said. “We don’t rule out the possibility that foreign terrorists could enter [the country] by pretending to be Olympics travelers or hired workers at Korean companies. So we have to be vigilant before and during the Olympics.”

Besides working with overseas spy agencies, South Korea emergency services have conducted anti-terror drills around the country’s Olympic venues, which will be guarded by a contingent of around 5,000 armed forces personnel during the Games. 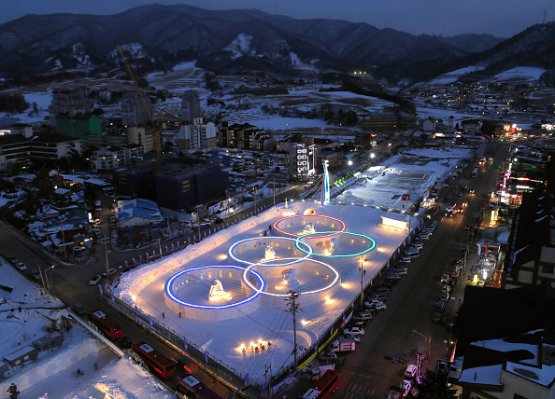 Where Are the 2018 Winter Olympics? What to Know About PyeongChang, South Korea
Next Up: Editor's Pick