How the War on Tipping Is Bad for Customers

Some journalists and other social commentators have in recent years called for the abolition of restaurant tipping, primarily because they argue that it hurts workers. Several restaurateurs have even replaced tipping at their restaurants with automatic service charges or inclusive pricing.

Another argument against tipping is that it detracts from customers’ dining experience. However, two studies I recently conducted – one published in the International Journal of Hospitality Management and another forthcoming at the Journal of Consumer Affairs – indicate that tipping actually benefits customers, while its elimination can harm them.

Opponents of tipping argue it pays workers low and unreliable incomes, discriminates against less attractive servers as well as servers of color and empowers customers to sexually harass female servers.

Some also believe that it leads to poorer rather than better customer service and satisfaction. That’s because it supposedly attracts younger, part-time and less professional workers to tipped occupations, undermines servers’ intrinsic motivations to care for their customers, discourages service enhancing teamwork among servers and encourages discrimination in service delivery against customers believed to be poor tippers.

A final argument against tipping is that it puts unwanted social pressures on people to part with money they would rather keep.

On the other side of the debate, proponents of tipping claim it increases rather than decreases customer service and satisfaction. Tips are supposed to be a reward for service, so advocates of the practice argue that it helps attract more competent workers to tipped occupations and motivates them to deliver better and more personalized service.

Another thing in tipping’s favor is that it allows restaurants to charge lower menu prices, which stingier tippers like because it reduces the costs of eating out.

For these reasons, most consumers in the United States say that they prefer tipping over automatic service charges or inclusive pricing.

Both sides of this debate can point to anecdotal or research evidence supporting their positions. However, before my studies, we did not know which of these various effects on consumers were stronger than the others or what their combined, net effect on customer satisfaction was.

To answer this question, I got ReviewTrackers, a firm that monitors online reviews for companies, to provide me the reviews of numerous restaurants that I had identified as recently changing their tipping policies. I then analyzed the data to see if customers’ overall ratings of the restaurants were higher under tipping or its alternatives.

One study focused on the restaurant chain Joe’s Crab Shack. This chain replaced tipping with higher service-inclusive menu prices at 18 of its restaurants, only to reverse course six months later and bring tipping back at 14 of the locations.

I found customers rated Joe’s Crab Shack restaurants higher – by about a third of a point on a five-point scale – when they operated under tipping than when they used service-inclusive pricing. Statistical tests indicated that this effect was highly unlikely due to chance.

I also found that after switching to service-inclusive pricing, reviewers’ comments were more likely to mention tipping, the server or service and price. Moreover, these comments were generally associated with lower ratings.

These findings suggest that displeasure with the no-tipping policy, and with service and prices under that policy, decreased customers’ overall satisfaction with their dining experiences.

The second study focused on 31 independent restaurants from across the U.S. that changed tipping policies within the past four years. I wanted to compare the impact of two types of tipping alternatives – automatic service charges, in which a tip is tacked on to all bills, and service-inclusive pricing.

Restaurants that replaced tipping with automatic service charges experienced about a quarter of a point drop in online ratings, while those that switched to service-inclusive pricing saw a decline of only about a 10th of a point. As with the first study, I found that these differences were unlikely due to chance.

The study’s data do not tell me why service charges decreased ratings more than did inclusive-pricing, but I suspect that it was because consumers hate being forced to tip more. Higher prices, on their own, are less objectionable.

Another interesting finding from the second study was that the negative impact of getting rid of tipping was related to how pricey or cheap the restaurant was. That is, less expensive restaurants suffered a greater hit to their ratings relative to classier joints.

This helps explain why the moderately priced Joe’s Crab Shack suffered a third of a point decline in its online rating after switching to inclusive pricing, while the average in the second study (which included more expensive restaurants) was just a 10th of a point.

It may also explain why most of the restaurants experimenting with different tipping policies are moderately to very expensive. Their wealthier customers, who are less sensitive to the added costs of service charges or inclusive-pricing, are less likely to punish them.

The results of these new studies provide evidence that tipping enhances restaurant customers’ overall satisfaction. Presumably this is because it increases both perceived and actual service quality and allows customers to determine the cost of that service.

This means that social commentators advocating the abandonment of tipping and restaurateurs considering eliminating it may want to rethink their positions. There may still be a case to be made against tipping, but it is not as simple or straightforward as commonly presented. 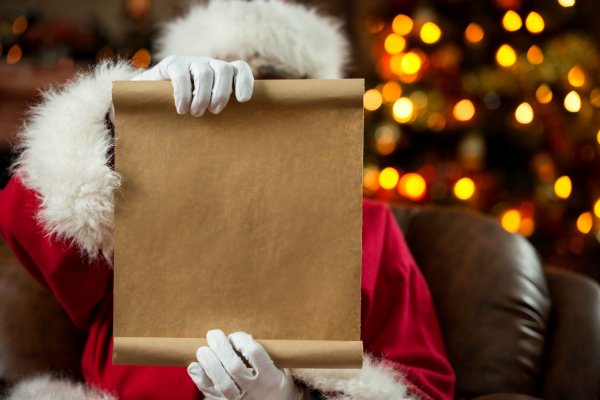 Does the Real World Have a ‘Naughty or Nice’ List?
Next Up: Editor's Pick