Elizabeth Vargas is saying goodbye to her longtime home at ABC News.

In an email to staff Friday, ABC News President James Goldston said Vargas, who’s been at ABC for two decades and anchor at 20/20 for 14 years, will leave the newsmagazine at the end of its 40th season in May to “pursue new adventures.”

“One of the best broadcasters in our business, Elizabeth holds an historic place at ABC,” Goldston wrote in an email to staff. “She is only the second woman ever to serve as co-anchor of 20/20. She moved into that role – a daunting assignment to follow in the footsteps of our legendary Barbara Walters – with true determination to tell the stories from around the globe that explore important issues in depth and tap into significant moments in our culture.”

Vargas, he said, served in many roles at ABC News, including the co-anchor of World News Tonight and the news anchor for Good Morning America.” But we were most proud of her courage and grace in telling her own story about her struggle with anxiety and alcoholism,” Goldston wrote. “Her best-selling memoir has helped so many people by raising awareness about the importance of finding treatment for millions who are still struggling. She continues to be an inspiration for us all.”

Vargas sent out a note of her own that apologized for the holiday timing and that she had “hoped to make this announcement after the first of the year.”

“It has been a profound privilege to be the anchor of 20/20 for 14 years, and a true honor to work with each and every one of you,” she wrote.

In 2014, Vargas — after finishing a stint in rehab for alcohol addiction, went on Good Morning America to talk about getting past denial and how she’s recovering.

“I am an alcoholic,” Vargas said. “It’s a staggering burden to walk around with, and you become so isolated with the secret, and so lonely.” 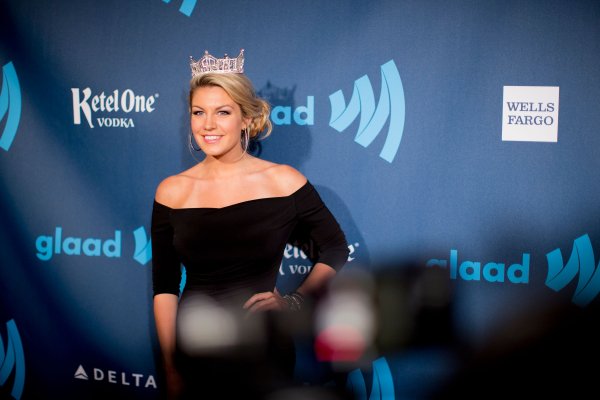 ‘A Pervasive Culture of Abuse.’ Miss America Winners Speak Out After CEO’s Inappropriate Emails Are Revealed
Next Up: Editor's Pick