Everything You Need to Know About the 2018 Golden Globes

The 75th Golden Globe awards will soon be upon us. The annual ceremony brings together the biggest names in film and television for a boozy celebration of the previous year’s work, kicking off the season of acceptance speeches and red-carpet arrivals that culminates with the doling out of Oscars in early March.

Here’s what to know about the 2018 Golden Globes awards ceremony.

When are the Golden Globes?

The Golden Globes 2018 date is Sunday, Jan. 7. The awards will be broadcast live from the Beverly Hilton Hotel on NBC starting at 8 p.m. ET/5 p.m. PST. Check out where you can watch or stream the Golden Globes online for free.

Who is hosting the Golden Globes?

Late Night‘s Seth Meyers will host the 2018 Golden Globes, taking the baton from Jimmy Fallon, who presented the awards last year. Meyers joins a line of hosts that has previously included Tina Fey, Amy Poehler and Ricky Gervais — and he takes on the job as Hollywood continues to reel from numerous claims of sexual harassment and assault within the industry.

“We’ve got a lot to talk about,” Meyers says in one promo for the ceremony, hinting that he won’t be shying away from challenging subjects during the Golden Globes show.

Who are the Golden Globe nominees?

The 2018 Golden Globes nominations were announced Dec. 11, with the The Shape of Water leading the pack among movies with seven nominations. The Post and Three Billboards Outside Ebbing, Missouri followed, with six nods each, while Lady Bird scooped up four nominations. Big Little Lies dominated on the TV side with six nominations, while Feud: Bette and Joan received four nods. Fargo, This Is Us and The Handmaid’s Tale each received three nominations.

One of the year’s biggest snubs came in the Best Director category, where no women were nominated. Greta Gerwig (Lady Bird), Patty Jenkins (Wonder Woman) and Dee Rees (Mudbound) were all passed over, despite directing some of the most critically acclaimed movies of the year. Other films that didn’t make the cut despite buzzy reception include The Big Sick and Mother!. For more, see this full list of 2018 Golden Globes nominees.

Who votes for the Golden Globes?

Golden Globes nominees rarely know who exactly is voting for them. The voters belong to the Hollywood Foreign Press Association, a group of about 90 journalists from all over the world that is rather secretive about the identities of its members.

Will anything be different about this year’s ceremony?

Yes, at least on the Golden Globes red carpet: Multiple high-profile actresses are reportedly planning to wear black to the ceremony to protest sexual harassment in Hollywood. According to People, participating nominees including Jessica Chastain, Emma Stone and Meryl Streep, among other women, plan to wear black dresses to the Golden Globes, and possibly to more events throughout awards season. Reports also indicate that many male actors, including Dwayne Johnson, intend to wear black in solidarity. Expect fewer questions about who attendees are wearing on the red carpet and more about why they’re wearing it. 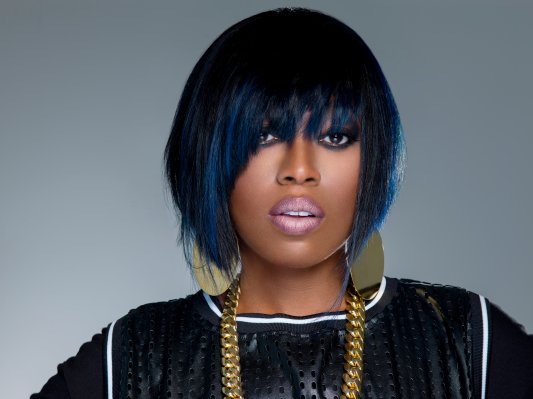 Missy Elliott Will Receive Essence Magazine's Black Women In Music Honor For 2018
Next Up: Editor's Pick