Elderly Couple Caught With $336,000 Worth of Marijuana That Was 'For Christmas Presents'

Processed marijuana is pictured in Ferndale, Calif., on October 22, 2016.
Katy Steinmetz for TIME
By Aric Jenkins

An elderly couple pulled over in Nebraska with 60 pounds of marijuana had a holiday explanation for police officers.

“They said the marijuana was for Christmas presents,” Lt. Paul Vrbka of York County Sheriff’s Department told the York News-Times. He estimated the value of the weed was approximately $336,000.

Patrick Jiron, 80, and Barbara Jiron, 83, were pulled over Tuesday when deputies noticed the vehicle was driving over the center line of the road and Patrick failed to signal, the News-Times reported.

Vrbka told the paper the officers could immediately smell marijuana when they approached the car. They conducted a probable-cause search with the assistance of a canine unit and discovered the marijuana in boxes under the pickup truck’s topper.

The Jirons said they were from northern California and were headed to Vermont. They were both taken into custody.

On Thursday, the News-Times reported that Patrick was jailed on charges of possession of marijuana with the intent to deliver without a drug tax stamp. (Nebraska law requires marijuana dealers to purchase a stamp from its Department of Revenue to prove that the state’s drug tax has been paid.)

Patrick has since posted 10% of a $100,000 bond and has been released, according to the paper. His wife, Barbara, was only cited in the case “due to some medical issues,” Vrbka said. 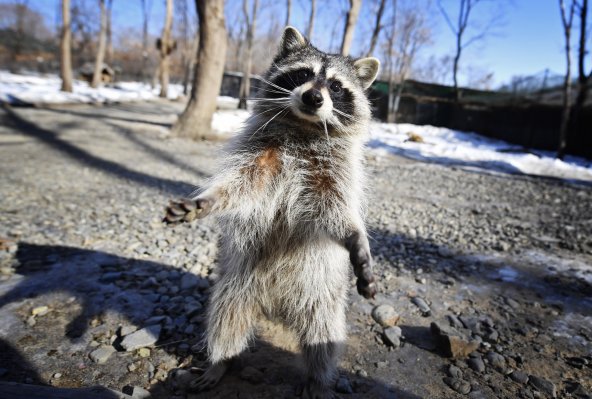 A 4-Month-Old Girl Was Dragged From Her Bed and Attacked by a Raccoon
Next Up: Editor's Pick