Just when it seemed like Netflix had mastered the art of TV and begun to awards season, the company’s first big-budget action movie could give it pause.

Bright stars Will Smith and Joel Edgerton as Los Angeles cops in a fantasy version of the United States, and Netflix has thrown $90 million behind the picture, but reviews are in — and critics say the movie is anything but its title.

The film, which will be available on Netflix starting Friday, has largely been panned by movie critics. The move to big-budget features is an important one for Netflix, and this movie should be a sign of things to come for the streaming service and others like it. But as of Thursday, Bright had only a 27% rating on Rotten Tomatoes, and many of the most prominent critics were having a good time roasting Netflix’s first big-budget Hollywood foray.

The consensus seems to be that even a mega-popular star like Smith can’t save this movie. Many critics were left wishing for Suicide Squad – also directed by David Ayer and starring Smith – after watching Bright. Here are some of the best burns critics had:

“You’ll get lots of violence and colorful threats and confusing shoot-outs, but you’re not going to get much meaning. In other words, this is not the Suicide Squad that liberals want.”

“Dungeons and Dragons–style fantasy, with its species-specific stats and attributes, is a pretty suspect well to draw from if you’re trying to pull off some kind of modern-day race relations metaphor.”

“While I had the misfortune to see Bright in a theater, most people will simply press ‘play’ out of curiosity on their Roku remote. I am willing to concede that this might elevate the experience a little; the ability to take a quick trip to the kitchen or restroom after shouting ‘no, don’t pause it’ to your partner on the couch will be liberating.”

“Astoundingly bad in virtually every way, Bright shares in common several of the shortcomings of Ayer’s previous film, including conspicuous evidence of desperate efforts to cobble its under-explained and yet somehow overcomplicated mythology into something coherent.”

And perhaps the harshest review for last, from IndieWire:

“There’s boring, there’s bad, and then there’s “Bright,” a movie so profoundly awful that Republicans will probably try to pass it into law over Christmas break,” the review begins.

Then it describes Smith’s role as: “a hangdog performance so dispiriting that it might genuinely make you pity one of the world’s most successful people.” 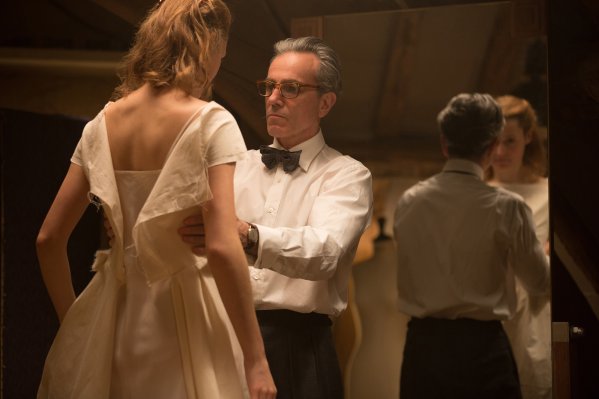 Phantom Thread Works Hard at Being a Masterpiece. But Is It?
Next Up: Editor's Pick