LeBron James, Serena Williams and Tom Brady Are Still Dominating Their Sports. Here’s What You Can Learn From Them

On December 30th, LeBron James will turn 33. But in NBA years, he may as well be 61 and downing Geritol daily. Still, James is in his 15th season of pro basketball. He’s never played in less than 84% of his team’s regular season games. He’s twice led the NBA in minutes played, and tops the league in total minutes so far this season. And while many of his colleagues are resting on a golf course or hammock in May and June, James is making deep playoff runs. His teams have made seven straight appearances in the NBA Finals. Did we mention the three summer breaks he’s given up to play in the Olympics?

Receding hairline and all, LeBron’s getting up there. His body should be breaking down. James has already played more combined regular season and playoff minutes (51,558) than Michael Jordan (48,485) — and Jordan took two sabbaticals from basketball, totaling around four-and-a-half seasons, before retiring for good at age 40 after the 2002-2003 season. But James might be better than ever. This season he’s averaging career highs in field goal percentage, three-point field goal percentage, free throw percentage, and assists. He’s scoring 28.4 points per game — his highest average since the 2009-2010 season, his last in Cleveland before leaving for Miami as a free agent. He won the MVP award that year.

During the past 12 months, sports has seen its share of thrilling moments. The Houston Astros, for example, winning a wild seven-game World Series after losing 111 games just four short years ago. Or Clemson rallying from a 10-point deficit against Alabama to win the national title game on a DeShaun Watson touchdown pass in the final seconds. Or Mississippi State ending Connecticut’s 111-game winning streak on a Morgan William buzzer beater at the women’s Final Four.

Still, no 2017 storyline was more satisfying to millions of sports fans around the globe than the astounding performances of aging athletic icons. Besides James, New England Patriots quarterback Tom Brady — at age 39 — rallied his team from a 28-3 deficit in Super Bowl LI to a 34-28 overtime victory. At age 40, his Pats are in position to secure home field advantage in the AFC playoffs and make their 8th Super Bowl appearance of the Brady era. In tennis, Roger Federer, now 36, won two more major titles: he became the oldest man to win Wimbledon in the Open era, and also clinched a fifth career Australian Open championship. Federer’s longtime rival, Rafael Nadal, now 31, often injured and written off as a fading superstar, won the other two Slams of 2017, the French and U.S. Opens.

Serena Williams not only won an Australian Open championship at 35 — breaking Steffi Graf’s Open Era record for most Grand Slam singles titles in the process — she did so while eight weeks pregnant. Her opponent in that Aussie final? Sister Venus Williams, now 37, who in 2017 also reached the Wimbledon finals, and the semifinals of the U.S. Open, during a revival year that saw her climb all the way to No. 5 in the world rankings.

What can the rest of us learn from these masterful aging athletes? James, for one, takes maniacal care of his body. He’s fond of posting workout pictures and videos on social media: Stephen Curry delightfully mocked this habit this summer at the wedding of Dallas Mavericks forward Harrison Barnes. He takes frequent ice baths and wears compression tights to help flush out lactic acids, and wears leg boots that help his blood flow.

If you don’t have time to prep Arctic baths or $1,750 for hi-tech boots, you can always eat like Brady. The Pats QB credits his diet for helping his career longevity. It involves a lot of quinoa, dandelion greens, and avocado ice cream. (I’ll just save up for LeBron’s boots, thank you.)

Federer shows the power of a recharge. He shut down his 2016 season in July following knee surgery, skipping the Olympics and the U.S. Open to focus on his recovery. Federer said the mental rest worked just as many wonders as the physical break. He hiked with his family in the mountains and scheduled spontaneous lunches with old friends. “That gave me a lot of power for this year,” Federer told me after his Australian Open victory. “I said I have to come out of this six months rejuvenated. Fresh. Hungry. Ready to go. We were able to achieve that.”

The Williams sisters show how diverse passions can help you perform, long past what are supposed to be your prime years. They’ve long been interested in fashion, for example. Serena hosts shows at Fashion Week in New York, while Venus has her own clothing line, EleVen. A decade or so ago, the sisters were criticized for their outside interests. People questioned their dedication to tennis. Few would have bet that they’d still be excelling ten years later, well into their thirties. But because they didn’t burn out — tennis has a notoriously high churn rate — here they are.

As for Serena winning a major championship while pregnant, that’s just ridiculous. “She won a grand slam pregnant,” tweeted supermodel Brooklyn Decker, who’s married to ex-U.S. tennis star Andy Roddick. “I needed Andy to dress me, carry me, and delicately place me on the toilet when I was four weeks pregnant.”

This elderly emergence could bode well for 2018. There’s room for one more band member on the aging athletic rock star tour.

Tiger Woods, step up to the mike. 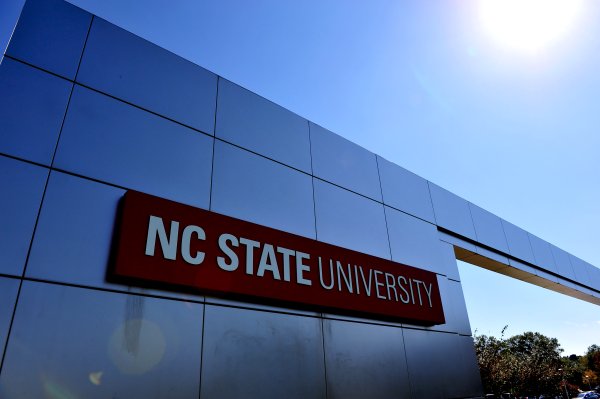