Prince Harry and Meghan Markle have unveiled their adorable engagement photos and the Internet is overflowing with emotion.

After announcing earlier this month that they are set to be married on May 19 in St. George’s Chapel at Windsor Castle in the United Kingdom—where Harry’s father, Prince Charles, wed Camilla Parker Bowles in 2005—the couple posed for their first official photoshoot as fiancé and fiancée.

The two pictures—which were taken by fashion and celebrity photographer Alexi Lubomirski—show the lovebirds on the grounds of Frogmore House in Windsor, and were shared by Kensington Palace’s official Twitter account Thursday morning.

“A huge thank you to His Royal Highness Prince Harry and Ms. Markle, for allowing me to take their official engagement portraits,” Lubomirski captioned a candid photo of Harry and Meghan on Instagram. “Not only was it an incredible honour, but also an immense privilege to be invited to share and be a witness to this young couple’s love for each other.”

See a selection of reactions to the photos below. 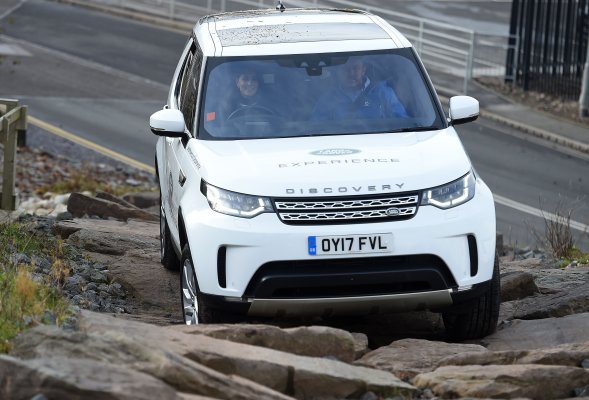 Prince William and Kate Middleton Lived on the Edge and Went Off-Roading
Next Up: Editor's Pick