USA Gymnastics paid McKayla Maroney, a member of the Fierce Five that won Olympic gold at the 2012 Olympics, to keep quiet about sexual abuse she allegedly suffered by team doctor Larry Nassar, which began when she was 13 years old, a new lawsuit claims.

Maroney signed a confidentially agreement in October 2016, attorney John Manly said Wednesday. It came months after an investigation by the Indianapolis Star reported that USA Gymnastics, the sport’s governing body, had allegedly failed to act appropriately in reporting sexual abuse complaints to police.

Maroney was not coerced into the signing the agreement, but “this kid had no choice. She couldn’t function, she couldn’t work,” Manly said, according to ESPN. “They [USA Gymnastics] were willing to sacrifice the health and well-being of one of the most famous gymnasts in the world because they didn’t want the world to know they were protecting a pedophile doctor.”

Under terms of the confidentiality agreement, Maroney was not allowed to publicly speak about her sexual abuse complaints, Manly said. In return, she received payment, and would be fined if she violated the agreement. About a year after signing, she decided to break the agreement, when she took to Twitter to accuse Nassar of abusing her.

USA Gymnastics responded to Maroney’s Twitter revelation with a supportive statement at the time: “USA Gymnastics admires the courage of those, like McKayla Maroney, who have come forward to share their personal experiences with sexual abuse.”

Manly said confidentiality agreements involving children who have been sexually abused are against the law in California. The lawsuit alleges USA Gymnastics violated the law in drawing up the agreement. USA Gymnastics disagrees, noting in the statement that “The settlement in 2016 was in accordance with state law, despite what has been alleged.”

The lawsuit alleges that Nassar began sexually abusing Maroney when she was 13 years old, while she attended a training camp at the national training facility — the Karolyi ranch outside of Houston, Texas. The suit also alleges that Nassar took photos of her while he was abusing her. An attorney for Nassar also did not immediately respond to requests for comment.

Nassar pleaded guilty to federal charges of child pornography in early December and was sentenced to 60 years in prison. At his sentencing hearing, Maroney and her mother, Erin, both submitted victim impact statements.

“Larry Nassar deserves to spend the rest of his life in prison. Not only because of what he did to me, my teammates and so many other little girls – He needs to be behind bars so he will never prey upon another child. I urge you to impose the maximum sentence upon him,” Maroney wrote.

Maroney’s teammates from 2012, Gabby Douglas and Aly Raisman, have also alleged that they were sexually abused by Nassar.

He still faces dozens of sexual assault charges in Michigan from gymnasts and student athletes at Michigan State University (MSU), where he served on the faculty before being fired in September 2016. He left USA Gymnastics shortly before that.

USA Gymnastics is also named in many of those suits. In December, USA Gymnastics sought to dismiss a suit filed in Grand Rapids, Mich. involving 141 victims who sued Nassar, MSU, and the gymnastics organization. USA Gymnastics (USAG) argued that the statute of limitations had expired in most cases, and that they were not responsible for Nassar’s behavior if the assaults occurred in his home, at MSU or elsewhere.

In November, Nassar pleaded guilty to the state sexual assault charges; sentencing is scheduled for Jan 16. 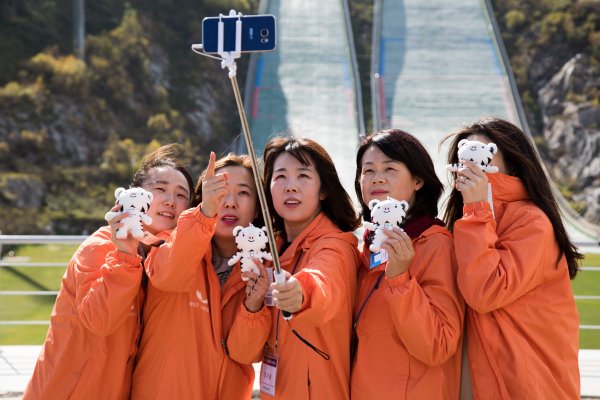