Model Lauren Wasser May Lose Her Other Leg to Toxic Shock Syndrome. Here's What That Is

After losing part of her right leg to toxic shock syndrome back in 2012, model Lauren Wasser’s struggle with the condition isn’t over. She told the Washington Post that she’s still in “excruciating pain” every day and will “inevitably” require a left leg amputation as well.

Wasser has also turned her personal struggle into a public cause, advocating for legislation that would require the National Institutes of Health to improve its research and regulation around tampons and other feminine hygiene products, which are often implicated in cases of toxic shock syndrome.

We asked Dr. Paul Sax, medical director of the division of infectious disease at Boston’s Brigham and Women’s Hospital, what women should know about toxic shock syndrome.

What is toxic shock syndrome?

Toxic shock syndrome (TSS) is a severe complication most often resulting from Staphylococcus aureus, or staph, infections. “In some people who have this infection, the bacteria makes a toxin and their body doesn’t fight the toxin off well,” Sax says. “It ends up causing very low blood pressure—that’s shock—and sometimes multiple other complications,” potentially including organ failure, limb loss and even death.

How do you get toxic shock syndrome?

While open wounds or surgical complications can cause TSS, the disease is most commonly associated with tampon use. (Wasser claims tampons were at fault in her case, and in 2015 filed a lawsuit against the manufacturer of Kotex tampons.) In the 1980s, according to the CDC, high-absorbency tampons, as well as tampons containing materials such as polyester foam and cross-linked carboxymethylcellulose, were highlighted as risk factors for TSS. “The high-absorbency tampons plus this particular material led to an overgrowth of this staph aureus, and in addition the material actually caused the staph to make more of the toxin,” Sax says.

After that discovery, according to the CDC, companies began making lower absorbency tampons and phasing out materials associated with the disease. As a result of these changes, as well as better public education, TSS incidence began to plummet, and today it occurs in about one in 100,000 menstruating women, according to the National Organization for Rare Disorders.

To get TSS today, a person would “need to have a strain of staph aureus that produces the toxin and then be the kind of person who, for genetic reasons, doesn’t make appropriate antibody response to the toxin,” Sax says.

What are the symptoms of toxic shock syndrome?

Signs of TSS include a sudden high fever, low blood pressure, gastrointestinal distress, a rash on your palms and soles, confusion, muscle aches, facial redness, seizures and headaches, according to the Mayo Clinic. “It’s not subtle,” Sax says. “They’re very, very sick. They have low blood pressure, they often feel like they have a terrible flu, sometimes their thinking isn’t quite clear, often people feel very puffy.”

While TSS can be fatal, it is treatable if caught early. Doctors typically treat TSS with a cocktail of antibiotics, blood pressure medications and fluids, according to the Mayo Clinic, which can both treat dehydration associated with TSS and help flush toxins from the body.

How can you avoid toxic shock syndrome?

“The condition is sufficiently rare that, on a practical level, I don’t feel like there’s a lot that people should do to prevent it, aside from exercising good judgment regarding the frequency of tampon replacement,” Sax says. Experts recommend changing tampons every four to eight hours. 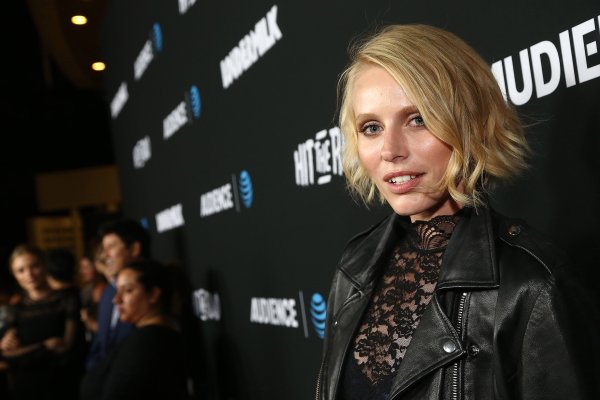 Model Lauren Wasser Faces Another Leg Amputation Because of Toxic Shock Syndrome
Next Up: Editor's Pick