Ted Kennedy's Life Gets Derailed in the Exclusive Trailer for Chappaquiddick

Nearly five decades ago, on July 18, 1969, a car went off the Dike Bridge on the island of Chappaquiddick. The driver, Ted Kennedy escaped. His 28-year-old passenger, Mary Jo Kopechne, did not.

An upcoming movie, Chappaquiddick, attempts to tell the story of what happened that night and why it took Kennedy some ten hours to report the accident to the local Edgartown police — and PEOPLE has the exclusive first trailer and teaser poster.

The film, directed by John Curran, stars Jason Clarke as Senator Kennedy, Kate Mara as Kopechne, and Bruce Dern as Ted’s father Joe Kennedy. It’s based on the 1969 inquest into the accident.

The result is a haunting look back into the mystery that surrounds that night when a group of six women who had worked for Robert F. Kennedy’s presidential bid, and six men, including Ted Kennedy, gathered for a party at a rented cottage on the island for a reunion party and ended in Kopechne’s death by drowning.

Kennedy, who claimed he made a wrong turn and accidentally drove off the bridge late at night, said that he tried to save Kopechne, who was trapped inside the car.

He later pled guilty to the charge of leaving the site of the accident and received a two month sentence and a year probation.

Many believe the ensuing scandal cost Kennedy, the youngest son of America’s most famous political dynasty, his chance at the Presidency and that he could never shake the many questions that remained about what really happened that night. 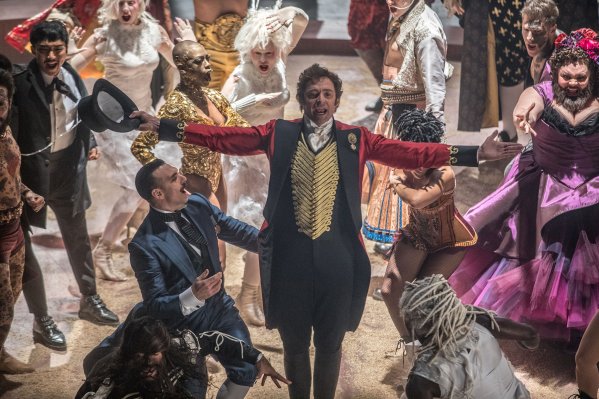 The Greatest Showman Is Bonkers, But Earnestly So
Next Up: Editor's Pick