Twenty years ago today, the lead singer of the iconic grunge band Nirvana took his own life. Kurt Cobain was just 27 when he was found dead in his Seattle home, but he was already a hero to a generation of musicians, admirers and misfits. The charismatic and troubled band leader found himself at the center of the new grunge counter-culture, and nurtured a complicated relationship with his fame. A heroin user who suffered from depression, Cobain’s suicide note mourned his emotional distance from his fans, even as he connected with them in a way few stars had before.

During his short life, Cobain left a musical legacy that endures today. For many, seminal songs like Smells Like Teen Spirit, Heart-Shaped Box, and In Bloom still capture the uneasy rebellion of the early 1990s. Here, fellow musicians and admirers remember his life and his influence:

Beck On attending an early Nirvana show: “I have a memory of them coming out and he had his middle finger up, was giving his middle finger to the audience… I’d seen a lot of punk shows and I’d seen a lot of bands when I was younger where the shows were pretty aggressive or confrontational, but there was something completely different about this. I remember he had a smile on his face, there was a kind of playfulness, but it was also a little menacing, and I remember the minute they started playing, the entire audience erupted in a way I hadn’t seen before.”

Billy Joe Armstrong, Green Day “You know, the guy just wrote beautiful songs… When someone goes that honestly straight to the core of who they are, what they’re feeling, and was able to kind of put it out there, I don’t know, man, it’s amazing. I remember hearing it when Nevermind came out and just thinking, we’ve finally got our Beatles, this era finally got our Beatles, and ever since then it’s never happened again. That’s what’s interesting. I was always thinking maybe the next 10 years. OK, maybe the next 10 years, OK, maybe. … That was truly the last rock ‘n’ roll revolution.”

Win Butler, Arcade Fire “All the sudden the whole kind of social dynamic at my junior high changed where these kind of misfit kids who maybe come from a broken home and they’re smoking cigarettes in the back and they didn’t have money for nice clothes, all the sudden those kids socially were in a weird way on the same level as everyone else… I was sort of like a weird kid who didn’t know where I fit in or whatever and just to have that kind of voice be that big in culture, I feel like that was a magical period of alternative music where we had Jane’s Addiction and R.E.M. and Nirvana, it was like seeing these kind of freaks from all the different cities of North America and you’re like, oh wow.”

“Imagine Nirvana having the biggest record in the world and spending nine days and coming back with this super-raw album with pretty acoustic songs and crazy metal songs… I don’t know, just artistically In Utero was a constant source of inspiration. It stands the test of time so well, and ‘All Apologies’ is one of the most beautiful songs ever written, I think.”

Neil Young On what might have happened if he had been able to talk to Cobain before he died: “Well, you know, it’s a hard thing to deal with … I guess Kurt felt too much. I think it’s sad that he didn’t have anybody to talk to that could’ve talked to him and said, ‘I know what you’re going through, but it’s not too bad. It really isn’t bad. Just (expletive) blink and it will be gone. Everything will be all right. You’ve got a lot of other things to do. Why don’t you just take a break? Don’t worry about all these (expletive) who want you to do all this (expletive) you don’t want to do. Just stop doing everything. Tell them to get (expletive) and stay away.’ That’s it. That’s what I would have told him if I had the chance. And I almost got a chance, but it didn’t happen.”

Rivers Cuomo, Weezer In some ways, I feel like I was Nirvana’s biggest fan in the Nineties. I’m sure there are a zillion people who would make that claim, but I was just so passionately in love with the music that it made me feel sick. It made my heart hurt. I can tell you the exact moment when I became aware of Nirvana: I was working at Tower Records on Sunset Boulevard in 1990, undergoing my yearlong transformation from being a speed-metal guitar player from New England to being an alternative songwriter and singer. The other, far-hipper employees at Tower kind of educated me. I remember they played “Sliver” for me, and I was immediately in love. It had the aggression that I needed from my upbringing as a metalhead, but paired with strong, major-key chord progressions and catchy, emotional melodies and lyrics that felt so nostalgic and sweet and painful. It just sounded like it was coming from the deepest part inside of me – a part which I hadn’t yet come close to articulating in my own music.

Nevermind felt so close to what I wanted to do. This was right around when Weezer started. It’s impossible to avoid the conclusion that Nevermind really inspired us to go for it. I remember my friends telling me that Kurt had died. It was such a great blow – not only to me, but to everyone in Weezer. It was very hard to listen to any other music for weeks after that. Nothing sounded as sincere as Nirvana’s music. It took a long time for me to accept that any other music could be good in other ways. Including my own.

Josh Homme, Queens of the Stone Age “The first time I heard Bleach, I remember turning to my friends and saying, “We gotta start writing better songs.” Listening to “Negative Creep” and “School” and “Love Buzz,” I thought there were three different singers in the band. It was a total perspective-changer – it definitely ripped a sheet of paper off of my mental notepad. A couple of years later, I got an advance copy of Nevermind. I was raised on Black Flag and the Cramps; I had always thought, “This is the best s–t ever, and no one’s going to listen to it.” Nevermind proved that I was completely wrong about that. I was so stoked.

“Being close to that world as it was going down, I met Kurt and Dave and Krist. I watched Kurt get more bummed about how big everything was getting – and yet the songs just got more acidic and better. Being famous was obviously overwhelming for him and too complex for him to understand how to deal with it, but he didn’t make the music pay for it. That was wonderful. Even now, whenever a Nirvana song comes on, I’m always like, “Thank you! Three minutes of nothing to worry about.'”

Chris Cornell, Soundgarden “My first memory of Nirvana was getting a cassette of demos, which ended up becoming Bleach. Everybody’s response was that this was an amazing band and these were amazing songs. It was another indication that the Northwest had something special that you couldn’t argue with.

“It was pretty shocking to see a threepiece that sounded like that, and trying to get inside the head of a guy who writes a song like “Floyd the Barber” – where does the kernel of a song like that start?

“The Seattle scene benefitted from an MTV culture, and it was because of the way Nirvana looked and presented themselves that created this kind of unanimous support worldwide. Rock music had become kind of hedonistic – 35-year-old men taking a helicopter to the stage and dating supermodels, and going out of their way to separate themselves from their audience. Nirvana, more than any other band, rocked way harder, had significant originality, while looking like guys you went to high school with. I think that was their secret. There was an inclusion that was long overdue, and it was what rock was supposed to be about.

“The legend isn’t simply going to be the way that he took his life; I believe it will always be the songs.”

John McCauley, Deer Tick “The first Nirvana album I bought was In Utero. I guess I would have been pretty young, like seven. And I’d never heard anything like it. Starting with the guitar on “Serve the Servants,” I knew there was something different about this band, and it changed my idea of what you could, and maybe even what you should, do with a guitar.

“Nirvana have been my favorite band ever since. In high school I was such a misfit, and Nirvana were kind of the perfect soundtrack for it. Kurt had long been dead, but I found a couple of other kids that didn’t really quite fit in, and we all had Nirvana in common. We’d get stoned and listen to Nirvana and play our guitars and skip school.

“For me, it was always the voice that blew me away. I’d heard people with gravelly voices, but Kurt’s was different. It’s not a pretty voice; he was not a trained singer by any means. But it gave me hope.” 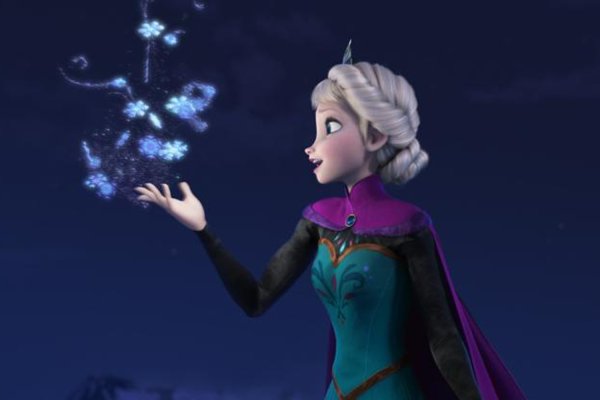 5 Things We've Learned in 5 Years of Box Office Reports
Next Up: Editor's Pick