Woman Says She Was Charged $350 for Leaving Negative Hotel Review. Now the Hotel Is Being Sued

A woman who left a negative online review about a hotel in Indiana has said she was charged $350 and threatened with legal action for describing her experience.

The Indiana Attorney General’s office filed a lawsuit on Dec. 15, claiming the hotel’s policy of levelling a charge against guests for negative reviews violated the state’s Deceptive Consumer Sales Act.

Katrina Arthur and her husband stayed in the Abbey Inn hotel in Brown County in March 2016. They said problems started as soon as they arrived. “The room was unkempt, and it looked like it hadn’t been cleaned since the last people stayed there,” Arthur told Call 6, the investigative arm of a local ABC news affiliate, the Indy Channel. “We checked the sheets and I found hairs and dirt,” she said.

She said the hotel had no visible staff they could talk to at the time, and that calling the number on the front desk didn’t work. “I actually had to clean the room myself,” she said.

When Arthur received an email after her stay asking her to leave a review, she decided to be honest.

“I wanted people to know not to waste their money because I know people save their money for special occasions,” Arthur told the Indy Channel.

However, soon after leaving the review, Arthur says she was charged $350 and threatened with legal action, prompting her to delete the review. She has not received the money back.

The lawsuit filed against the Abbey Inn alleges that it had an “unfair, abusive, and deceptive” policy between September 2015 and November 2016 of charging guests for leaving negative reviews, the Indy Channel reported.

The hotel’s policy allegedly read: “Guests agree that if guests find any problems with our accommodations, and fail to provide us the opportunity to address those problems while the guest is with us, and/or refuses our exclusive remedy, but then disparages us in any public manner, we will be entitled to charge their credit card an additional $350 damage. Should the guest refuse to retract any such public statements legal action may be pursued.”

The lawsuit alleges the policy was located on the second page of a seven-page document, which guests were not given a copy of. “I never got any paperwork,” Arthur told the Indy Channel.

The lawsuit also alleges the email Arthur received did not warn of the negative consequences for leaving a negative review.

The Abbey Inn hotel has an average score of 3.5/5 on TripAdvisor. A recent review said: “I recently stayed at your inn and found out it needs to be shut down. You reek. Everything was dirty and worse yet, management was unresponsive.”

The Abbey Inn did not immediately respond to TIME’s questions. 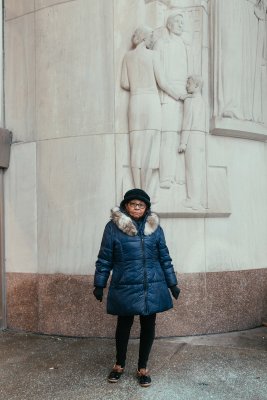