The Greatest Showman Is Bonkers, But Earnestly So

There’s nothing at all wrong with a shameless movie, a picture built for pure entertainment and wholly unembarrassed about it. That’s The Greatest Showman in a glitter-coated nutshell: The thing is so big, so riotous with color and song, that at first you almost want to hide from it. Can a movie give you a sugar migraine? Maybe this one could.

But for sheer, go-for-broke nuttiness, The Greatest Showman stands alone in the landscape of this holiday season’s crop of movies, and I urge you to give it a chance. Hugh Jackman stars as a fantasy version of circus impresario P.T. Barnum: The story, written by Bill Condon (of Dreamgirls and Gods and Monsters fame) and Jenny Bicks (who has written largely for TV and was a producer of Sex and the City) presents Barnum as a kindly savior to human misfits, a man who taught tattooed oddballs and conjoined twins how to love and accept themselves.

Get ready for the shark circle of angry think pieces jawing away at this idea, making sure the world knows that the real-life Barnum was an exploiter, not an ennobler. But The Greatest Showman, a work of almost pure fiction, albeit with a real-life figure at its center, operates from a generous impulse: Its outsider characters—like Lettie Lutz, the bearded lady played by the appealing Keala Settle, or Sam Humphrey’s General Tom Thumb, who finds self-respect in the soldier’s uniform he gets to wear while performing—do find a sense of purpose in the work Barnum gives them. And, in the movie’s view, instead of being shunned by society, they’re able to forge a place for themselves in it. Laugh if you want, but The Greatest Showman is the sort of thing that kids who feel left out of whatever they view as the mainstream—nerdy kids, theater kids, decidedly shy or unathletic kids—will probably go to see over and over again with their friends.

What’s in it for the rest of us? There’s Jackman and Zac Efron, as Barnum’s rich-kid business partner Philip Carlyle, doing a song-and-dance routine in an old-fashioned bar, each striving to outdazzle the other with their not-quite-real yet wholly alluring knock-em-dead smiles. There’s Michelle Williams as Barnum’s loyal wife, Charity: Williams is sunbeam radiant, as always, and she gets one of the movie’s best numbers, a wistful ballad about the complications of long-term partnership. The musical numbers are extravagantly staged, so overwhelming and exuberant that you may forget to notice if the singing and dancing is really any good. (It’s perfectly OK.) Many of the songs, by Benj Pasek and Justin Paul, the tunesmiths behind La La Land, have that vaguely overbearing Belty McBelty quality you hear in so many contemporary Broadway musicals, but they’re inoffensive at worst and hummable at best. There’s nothing in them that’s going to do you any lasting harm.

And if you opt out of The Greatest Showman—the first feature from Australian music-video director Michael Gracey—you’ll miss Zendaya as trapeze artist Anne Wheeler, a dazzler in pink cotton-candy hair who twirls with precarious precision from a slender swinging rope. In the movie’s best number, she entreats the man she loves, Efron’s Philip, to stand up for what he believes in—to stand up for her, the color barrier be damned—and she makes her case largely upside down. Meanwhile, he mostly just stands there, in awe of her. He’s not quite sure what to do when confronted with a spectacle. But then again, neither are we. 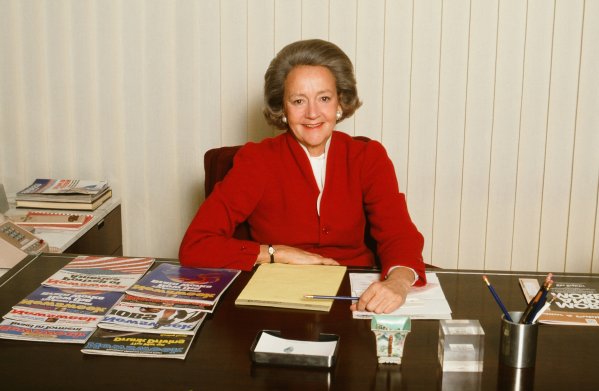 The True Story Behind Katharine Graham's Rise to Publisher in 'The Post'
Next Up: Editor's Pick