Control for Virginia’s House of Delegates—which is now tied between Democrats and Republicans—came down to just one vote on Tuesday.

Shelly Simonds, the Democratic candidate for the 94th district in Virginia’s House of Delegates, defeated Republican incumbent David Yancey by one vote in a recount election Tuesday. The final tally, according to the Washington Post, was 11,608 votes for Simonds, and 11,607 votes for Yancey. The Post reported that Yancey’s lead was just ten votes before Tuesday’s recount.

Under Virginia law, a losing candidate may request a recount if the vote differential is less than one percentage points cast for those two candidates.

While the victory still has to be certified—the Post says that will happen Wednesday—Simmonds’ victory means that the legislative body is tied 50-50 and no party controls Virginia’s House of Delegates. Republicans still narrowly control the state Senate.

Democratic National Committee Chairman Tom Perez, noting that Simonds’ victory was the 16th seat in the Virginia House of Delegates to switch from Republican to Democrat in 2017, highlighted the one vote differential in his congratulatory statement.

“Just one vote secured Shelly Simonds’ victory and shifted the balance of power in the Virginia House of Delegates, ending a 17-year Republican majority. Just one vote has cleared the way for Democrats in the commonwealth to advance a progressive agenda that puts Virginia families first,” said Perez. “Simply put, every vote counts.” 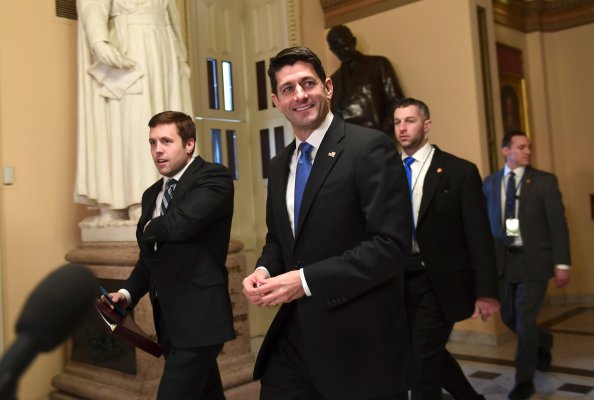 These Are the 12 House Republicans Who Voted Against the Tax Bill
Next Up: Editor's Pick