A woman passes a placard for Democratic Senatorial candidate Doug Jones as she walks over to get in the long line to vote at Beulah Baptist Church polling station in Montgomery, Alabama, on December 12, 2017.
JIM WATSON—AFP/Getty Images
Ideas
By Sherrilyn Ifill

Sherrilyn Ifill is the President and Director-Counsel of the NAACP Legal Defense and Educational Fund, Inc. (LDF)

Politicians, pundits, and the press are still figuring out what the election of Doug Jones means for Alabama — a state that voted overwhelmingly for Donald Trump and that seemed all but destined to make Roy Moore, the twice-removed judge, the heir to the former Senate seat of Jeff Sessions. With eyes toward 2018 and beyond, there’s also talk of how last Tuesday’s special election could represent a sea change in the political fortunes of both Democrats and Republicans for years to come — to say nothing of the president’s agenda, which now hangs in the balance thanks to his bare Senate majority.

Thinking about the national political implications of the Alabama race has a place, but it may miss the forest for the trees. As someone who leads a nonpartisan organization that works to ensure that African Americans have a full and fair opportunity to participate in the political process, I would like instead to elevate the aspirations of the scores of African American voters who last week showed up to the polls and made a difference. Voters who braved the cold in an off-year election and showed everyone, no matter their political affiliation, that they care about Alabama and its future. Voters with hopes and fears and disaffections — much like those white, rural voters who felt ignored by the Washington establishment and that, in profile after glowing profile, told us that they longed for an America that was once great.

That cherished past has never existed for African Americans — in Alabama or elsewhere. Since this nation’s founding through Reconstruction and this very moment, we continue to fight for even the basic right to cast a ballot without onerous state requirements that needlessly suppress turnout among the poorest or most disadvantaged among us. All eyes may be on Alabama at this time, but the organization I lead, the NAACP Legal Defense Fund, was there on Election Day in 2016, too — providing nonpartisan assistance to voters confused by the state’s voter ID requirements or otherwise puzzled that their names were not in the official voter rolls. Swing state or not, these barriers to the franchise are unacceptable.

The folly is in thinking that only national elections matter — that we should pour our resources and our organizing strength only when Congress or the presidency are in play, and only on behalf of one political party or another. But the citizens for whom we advocate and that I encountered at these predominantly black precincts in 2016 weren’t just there to cast a vote for the next president. They were there to vote for state Supreme Court justices, for lower court judges, for district attorneys, for board of education members, for county commissioners, plus a healthy slate of state constitutional amendments — officers and issues that are critically important for their lives as black Alabamians.

Their ability to participate equally in the political process mattered decades ago, when white voters rallied around Roy Moore when he successfully ran for district attorney and later for justice on the Alabama Supreme Court. He was as unabashedly racist, homophobic, sexist, and disrespectful of the rule of law then as he is now. And yet from those positions of power, with every indictment or decision he signed, he exerted greater discretionary power over the lives of African Americans in Alabama than he ever would have as one of 100 United States senators. If it wasn’t for his failed Senate run, most Americans would never have heard of Moore and his appalling record.

If there’s anything to learn from the Jones-Moore race or, say, the election of Lynneice Washington, Alabama’s first black woman chosen to lead a district attorney’s office, it is that black voters care about the direction of their state. Eugene Jones, a longtime barber and voter in Birmingham, may have put it best when he told NPR ahead of last week’s election that there’s no political race that’s too small for him. “I’ll vote for a dog race,” he said. “You’ve got to vote in this country here. You’ve got to.” It is voters like him who challenged the status quo and made Randall Woodfin the youngest African American mayor to ever lead Alabama’s most populous city.

So many black voters share that same enthusiasm for the political process. And yet a series of voting problems on the ground in Alabama demonstrated that, even when enthusiasm is at its peak, voters could be discouraged from casting a ballot by problems at their voting places. We encountered a number of them last Tuesday: A shortage of ballots or wrong voting machines at certain African American precincts. Voters who stood in line to vote, only to be told that they were “inactive” voters who would need to be vote via a provisional ballot. Long lines in Selma and Mobile due to too-few voting machines or check-in tables. Thanks to prompt intervention on our end, we were able to address some of these issues as they occurred. And we’ve already addressed them, to little avail, with the Alabama secretary of state.

That these irregularities persist with every election cycle is a sign that our work is far from done in Alabama. And so we press on. As Scott Douglas, the executive director of our client Greater Birmingham Ministries, wrote in an important editorial on the eve of the special election, we’re helping his organization challenge the state’s repressive voter ID law in court this coming February. We had no other option. Implemented one day after the Supreme Court sided with an Alabama county fighting a key section of the Voting Rights Act, the law was a clear manifestation that the state wanted to make it harder than ever for African Americans to vote. There’s no room in our Constitution for such discrimination. And we will continue in this fight until every voter, no matter if the election is big or small, has a fighting chance to make his or her voice heard. 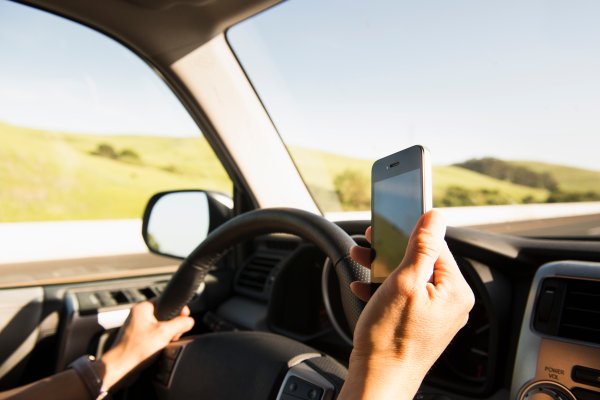 Why We Can't Stop Texting and Driving
Next Up: Editor's Pick