A Christian high school teacher in Oregon faces charges of rape and sodomy after her husband caught her partially naked at home with a student, according to court records.

Andrea Baber, 29, is accused of having sex multiple times with a 15-year-old student and sending him topless photos. The former Logos Christian Academy teacher was arrested Friday for alleged sex crimes, the Douglas County Sheriff’s Office said in a news release.

Since their relationship began last year, Baber and the student have allegedly had sex once or twice a week at her home, according to a probable cause affidavit filed in Douglas County Circuit Court and obtained by The Register-Guard newspaper Monday.

Baber’s husband told authorities he found his wife and the teenager at home, where they were “partially unclothed,” the newspaper said. The affidavit said Baber and the student were also photographed together in Baber’s bed.

The student told detectives Baber occasionally gave him marijuana and alcohol. They first started flirting at school but later progressed to kissing at the movies and then having sex, records show. The sheriff’s office began an investigation into the relationship on Dec. 12 after being alerted to it.

Baber was arrested Friday and released from custody Monday, jail records show. She could not be reached Tuesday and her husband did not immediately return a request for comment.

Baber faces charges of third-degree sodomy, third-degree rape, contributing to the sexual delinquency of a minor, first-degree online sexual corruption of a child and unlawful delivery of marijuana to a person under 18 years of age. It’s unclear if she has a lawyer.

It’s also unclear when Baber stopped working at Logos Christian Academy, which did not immediately return a request for comment Tuesday. Police described her as a former teacher there. Baber taught language and literature, writing and speech communication, according to The Register-Guard, which cited her biography on the school’s website before it was taken down before Tuesday morning. 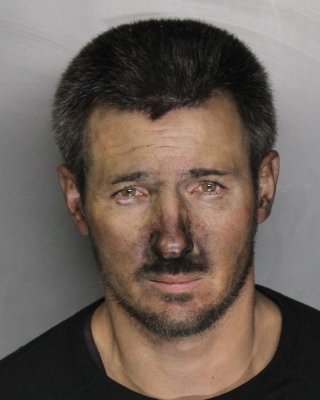 ‘Criminal Santa’ Gets Stuck in Chimney During Burglary Attempt
Next Up: Editor's Pick