A former Navy pilot has opened up about an otherworldly experience he says he experienced in 2004. His testimony comes just days after the Pentagon officially revealed the existence of a secret office investigating the existence of UFOs.

Cmdr. David Fravor, a former squadron leader who worked as a Navy pilot for 18 years, said on Monday he was on a routine training mission off the coast of California in 2004 when his unit was directed to go and examine strange unidentified objects that were descending from 80,000 to 20,000 feet, and then disappearing.

Upon flying 60 miles to the location, Fravor says he saw a tic-tac shaped object, “40 feet long with no wings, just hanging close to the water,” in an interview with the Washington Post on Monday. He said it created a disturbance on the water uncharacteristic of a helicopter or a plane, and moved rapidly.

“As I get closer, as my nose is starting to pull back up, it accelerates and it’s gone,” he told the Post. “Faster than I’d ever seen anything in my life. We turn around, say let’s go see what’s in the water and there’s nothing. Just blue water.”

“I can tell you, I think it was not from this world,” Fravor told ABC News, also on Monday. “I’m not crazy, haven’t been drinking. It was — after 18 years of flying, I’ve seen pretty much about everything that I can see in that realm, and this was nothing close.”

Interest in Fravor’s story has surged now that the Pentagon’s information is in the public realm. A video of the encounter Fravor describes is included in a cache of three videos cleared on Saturday for public viewing, which appear to show encounters between military pilots and what the Pentagon calls “anomalous aerial vehicles.”

The Pentagon said funding for its Advanced Aviation Threat Identification Program lasted from 2007 to 2012, and took up just $22 million of the Department of Defense’s $600 billion budget, the New York Times reported. 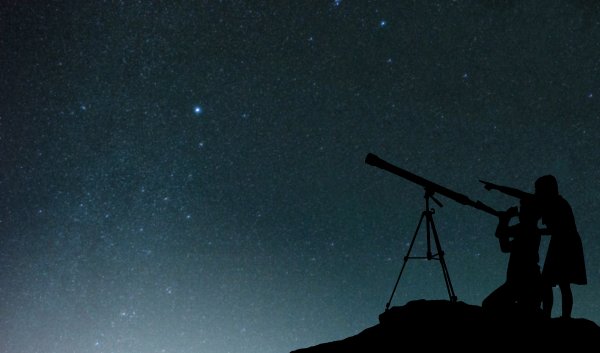 A 3-Mile-Wide Asteroid Will Fly by Earth Saturday
Next Up: Editor's Pick