A Mass Grave Has Been Found in Western Myanmar, the Military Says

Myanmar‘s army said on Monday that security forces have discovered a mass grave on the edge of a village in Rakhine State, and have launched an investigation.

A violent crackdown by the security forces in response to attacks by militants in the state has caused around 650,000 Rohingya Muslims to flee to Bangladesh in recent months.

In a statement posted on the Facebook page of the military’s commander-in-chief, Senior General Min Aung Hlaing, the army said the unidentified bodies had been found at the cemetery in the village of Inn Din, about 30 miles north of state capital Sittwe. It did not say how many bodies were uncovered.

“A preliminary investigation was done by the security forces following a report, by someone who asked not to be named, of people being killed and buried,” the army said.

“As a result of the investigations, unidentified bodies were found at the Inn Din village cemetery and a detailed investigation is being conducted to get to the truth,” according to the statement on Facebook, which the army often uses to make announcements.

The village is in Maungdaw township, one of the areas worst affected by the violence that has prompted the United Nations’ top human rights official to allege that Myanmar‘s security forces may have committed genocide against the Rohingya.

Myanmar‘s armed forces launched what they termed clearance operations in northern Rakhine, where many of the stateless Muslim minority lived, after Rohingya militants attacked 30 police posts and an army base on Aug. 25.

Rights monitors have accused troops of atrocities, including killings, mass rape and arson during those operations. The United States has said it amounted to “ethnic cleansing”.

The Myanmar military has said its own internal investigation had exonerated security forces of all accusations of atrocities.

The civilian government, which has no control over the military, has said the army was engaged in legitimate counter-insurgency operations. It has promised to investigate allegations of abuses in Rakhine if it is given evidence. 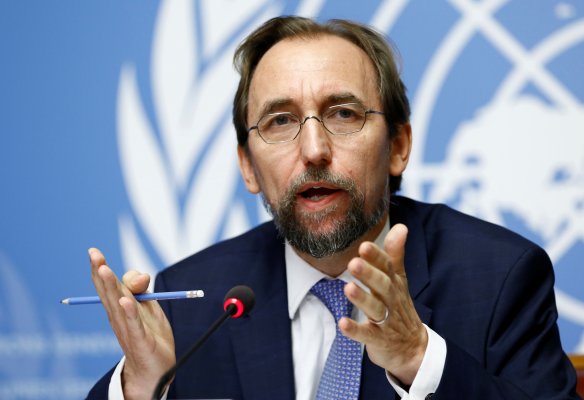